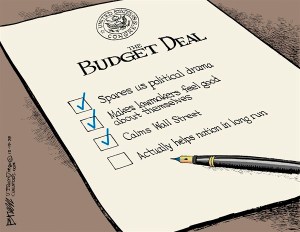 The Fork in the Road

These bread crumbs lead us to a simple yes or no question. Do we trust our government? We have a long history of untrustworthy politicians, but an entire untrustworthy system of government, devoid of checks and balances, is uncharted territory for Americans. So before we choose our side of history, knowing where the bread crumbs have led us, we should consider the following:

Could the same powers-that-be who are responsible for hijacking 18% of the US Economy, illegal gun-trafficking leading to the murders of Agent Brian Terry and Ambassador Chris Stevens and subsequent cover-ups and willful violation of our 4th Amendment Rights also be responsible for engineering “Hate-Crime” legislation? What possible reason could they have to pit us against one another in such a way?

What’s even more fascinating is how these powers who’ve already put us in hock up to our 17 Trillion dollar eyeballs could find “$4 billion in military hardware given to local police by the Pentagon on top of the $34 billion in anti-terror grants given to local police by the Department of Homeland Security. This grant money, awarded with little oversight from Congress, has put advanced equipment in the hands of civilian officers and allowed local police departments to transform into small militarized forces.”  Have the bread crumbs brought us to our “Day of Reckoning”? And if so, what happens when the entitled become the hungry? Who needs protection from whom?

Knowing is everything. If we could invite the soldiers who scourged our Lord along with the Judas who betrayed him back across the line to the right side of history, we’d see them crawl back across the fires of Hell to get there! It is already too late for the cowards in Washington who’ve sealed their fate with the deal above…or below I should say. But it is not too late for you and I. The choice is both a simple and a hard one. Do we follow the cowards into 2014, or do we take the path of Honor, Courage and Integrity?              History awaits…