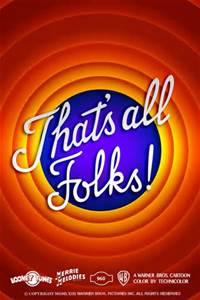 “Everybody needs a Safe Space.”???

Since to them that are in Christ Jesus, there is no condemnation (Romans 8:1) they can suffer no punishment, but only chastisement. Where there is guilt, there is punishment; but where guilt has been removed, there can be no punishment. There being no degrees of justification, no one can be forgiven in part, with a partial guilt still set to his account for which he must yet give a reckoning, either here or hereafter. If, then, all the righteousness of Christ belongs to him, and no sin whatever remains to be forgiven, either in whole or in part, all life’s sorrows are remedial agencies against danger and to train for the kingdom of heaven. ~ H. E. Jacobs

When I was a much younger man, I remember a time when I lay sick in my bed and my sister and her born-again friend Dan D. prayed at my bedside. I appreciated their good intentions, but I was less than receptive to the spirit of their intention in those days. Churchill once said, “You can always count on Americans to do the right thing – after they’ve tried everything else.” I only came to accept and know God, after I tried everything else! Good Sunday Morning Dear Friend…

By now you’ve heard the story of Kim Davis, the Kentucky clerk sent to jail for refusing to issue a same-sex-marriage license. The national dialogue surrounding her story is fascinating, depressing and encouraging all at once. I find it fascinating because her critics including some on the Right, need to dust off their pocket Constitutions and do some reading.

“Kim Davis has been jailed for following the Kentucky constitution to which she took an oath to uphold. An appointed judge said she had no right to defy the Supreme Court’s ruling, a ruling that did not nullify the Kentucky constitution on the subject of same-sex marriage. Unfortunately, and something that is becoming all too familiar, the governor gave up Kentucky’s sovereign rights under the Constitution’s Tenth Amendment.” Apparently, our friends on Left & Right need to do some studying and remembering…

“Clay vs United States” ring any bells? And remember these words, “One has a moral responsibility to disobey unjust laws.” ~ Martin Luther King, Jr.

I find it depressing because of what has become a devolving lack of respect for the importance and necessity of civil disobedience in maintaining a free society. Kim Davis is to be admired, not scorned. And yet the greatest threat to our freedom, the Liberal Media, would have us believe that her civil disobedience is invalid along with her personal relationship to God because she was married more than once and had a child out of wedlock before she came to accept and know God??? Oh, it gets better…

From this week’s Warwick Advertiser:

Orange County New York Pride Center continues to focus on education initiatives. “Everybody needs a safe space. That’s why Warwick has created a haven for lesbian, gay, bisexual and transgender (LGBT) members to learn, advocate and fight against discrimination in their community.” (read article here)

How the article should have been written by a journalist with any scruples at all is as follows:

Orange County New York Marxist Center continues to focus on propaganda initiatives. “Everybody except Christians and liberty-minded free-thinking individuals needs a safe space. That’s why Warwick has surrendered to the greatest anti-American agenda since Nikita Sergeyevich Khrushchev famously banged his shoe at the UN General Assembly in 1960, so we all can learn how to be nice and get along and be obedient.”

By now you’re probably as depressed as I am, so I’ll leave you with some encouraging news. We are officially in the great Chastisement…which means our national version of Looney Tunes will all be over soon. Only a fool would continue on such a clearly marked path to their own destruction. The powers-that-be will shine the lights and elevate the fools to hero status while painting the true heroes with their favorite labels of hater, racist, bigot and the like. Why, they may even offer some tantalizing rewards to those who agree to follow along to their big beautiful rainbow tent with lots of “Safe Space” inside…as long as you’re willing to check all logic, reason and common sense at the door! And just how safe would that make us, I wonder…

Thank you Kim Davis for reminding us of the other path. You know, the one less traveled…remember? 😉