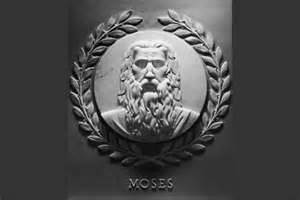 I remember my first trip out west in the early 70’s being so caught off-guard when complete strangers offered unsolicited smiles AND hellos, as I awkwardly glanced around to realize they were intended for me! I’ve spent a fair amount of time on the road over the years. I’ve traveled some highways that take your breath away, and I’ve seen my share of bad road too. But I have never seen a highway so God-forsaken and low-down dark and lonely as the Internet. It’s impossible to travel anywhere without seeing the signposts to Hell everywhere. “Why Kaley Cucco Ended Her Marriage” and “Cruise, Kidman Not Invited To Daughter’s Wedding” were just two side-by-side gems that jumped out at me this week while I was searching for something I needed. It’s like a subtle gauntlet that bleeds you without you even realizing you’re slowly bleeding out…

It’s funny. I drove 4,000 miles of Interstate in the last two weeks to get away from “the noise” and search for something. I drove 1,770 miles to listen to the sound of nothing and burn away the years of gunk that fogs the mind and clogs the soul, and 1,770 back again…with the treasure I uncovered. Good Sunday Morning Dear Friend…

American Society has become one gigantic dysfunctional family. From our drug and divorce-soaked homes to a completely broken, scandal-ridden, and corrupt Washington, we are one great big mess! And with all of the staggering problems threatening our world, from terror bombs over there, to debt bombs over here; we’re stuck arguing over who we are as a society! We are actually debating what to call boys and girls in Nebraska, and mothers and fathers in Tennessee!

One voice claims after thousands of years, backed by a recent Supreme Court ruling, that marriage is no longer defined as the union between one man and one woman. And that securing this right for one group (LGTB), will in no way threaten the religious freedom of the other.

So which group is right? Does might make right? Do 9 unelected judges make right? Did the 9 black robes have it right in the Dred Scott ruling? And where did that lead us? The LGBT group makes the compelling argument for the “right” to marry the person we love, regardless of gender or sexual orientation. But the Liberty group counters that our entire system of laws and a Constitution that provides for no such right, are predicated on the Judeo-Christian “Trust in God”, which is why you will not find “In Love We Trust” on our coin and paper currency! It’s why every American President since 1949 has made his State of the Union speech looking directly into the face of Moses, and not Cupid on the north wall of the House Chamber!

What has happened to the Wisdom of Solomon? What has happened to the real mother? It’s as if both sides are only too ready to sacrifice the baby rather than lose their precious argument. Doesn’t every ear hear the cries for a return to basics? Doesn’t the underappreciated benefit of the ages reside in the natural law and order of things…where unintended consequences have no place to get a foothold? Is there really any one among us who can look around and say this is what we ordered?

If we were to take God and the laws that Moses handed down to us out of the equation, who and what would we replace them with? Even the wise Atheist knows where his bread is buttered best. If we should all take a breath and step back from the abyss to ponder these simple truths, and get our priorities in proper order, we might find true happiness and avoid the Great War that many of us will not survive…