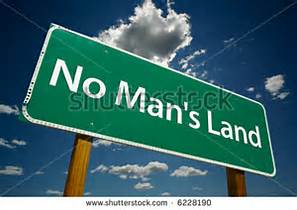 Humanity without “man” is no humanity at all.

C.S. Lewis used to say he rarely read the news. If there was anything important that he could do something about, he trusted his friends would tell him. As for the rest, he thought the best response to those things he couldn’t do much about—horrible wars, people dying, government scandals—was to fast and pray. ~ Randall Smith, Beginning St. Thomas Aquinas

“…, he trusted his friends would tell him.” You know, I used to think friends were everything…the very best part of life…the sweetness of life. And I still value friendship beyond words and consider myself blessed to be considered friend by some pretty wonderful people. But the fact is that the “pitchforking” I referred to last Sunday was a reference to the loss of a friendship I had valued above all others…for reasons too painful and complicated to delve into here. Suffice to say that the experience has led me to re-examine the role of friends in our lives. Lord knows we are living in crazier times and a much different world than the one C.S. Lewis trusted his own friends to tell him about so many years ago…

I am different, you see. I like what Oswald Chambers refers to as the “uncommon spirit” which I also wrote about last week from my pitchforked perch, because it feels genuinely important to me…something needing to be honored, understood, and nurtured. It is also as rare as a three-legged purple unicorn in this selfie-absorbed world where the lost soul is a thousand miles closer to enlightenment than the legions of social media/oxy addicts and Pokémon zombies, literally escaping their own senses. But then, that’s no doubt why he refers to it as uncommon.

Perhaps more importantly, Chambers refers to a life with presence. And this is where the uncommon spirit guided me this past weekend…to the beautifully uncommon paradise of presence I found with friends at a two-day music festival in Sparrowbush New York. Here is where I was guided to learn the amazing lesson of Friends, Humanity & Ideology.

So allow me to set the stage. Two of the most uncommonly beautiful souls in the Hudson River Valley are Michael and Anne Baglione. They are to the valley music scene what water is to the fish, soil to the gardens, and rivers to the sea…in other words, they are the nurturing mother’s milk to the most gorgeously uncommon gaggle of flat-pickin strummers and twangers you ever laid eyes on…and the glue that holds us together! Every summer they open up their home and hearts for one giant sing-song mountain jam. It just so happened that the two most-est Left-ist people I know (S&M we’ll call ’em), were sitting right there in the very front when we came up to do our set. Now the reason I say I am different is because people are never quite sure how to take me. Just when they think they have me figured out, I’ll sing a song and force them back to the drawing board. I can never get enough of the “how in the world does a Conservative sing with such heart” look on their faces. So after the set, S tells me how much she loved us and invited me to come hear M play with his band in Warwick the following Monday evening…which is exactly what I did.

This is where the lesson comes in. Picture the sidewalk café setting outside Grappa across from the beautiful park, in the beautiful village, with all the beautifully hip people…and my uncommon spirit sitting in the midst of it all next to S waiting for the band to play. So as I’m listening to the band cover the classic rock era, S moves in for the kill. “Where is (your friend)?” she asks. “We are no longer friends.” I reply. After telling me that she is amazed that my friend stayed my friend as long as she did, and that she could never have been my friend to begin with, she moves right into her hot-light “are you a Trump supporter” interrogation without skipping a beat. All this, mind you, after I had come to support her hubby and offered to pray for the wayward son she had just told me she was ready to give up on! Feeling absolutely blind-side sucker-punched, all I could manage was to look her in the eye and tell her I loved her…this was the uncommon spirit speaking. What I felt like saying was that my lost friend has more humanity in her pinky nail than you (S) possess in your entire being, but the spirit said “I love you” instead.

What this valuable lesson taught me is that in a world that has grown sterile and common, people who have allowed themselves to become slaves to any ideology by degree, detach from their own humanity by the same degree. I stepped back further in my mind to realize that on that sidewalk café that evening I was an uncommon spirit within a club of spirits so common, their ideology had made them into carbon copies of one another. Here was this band of accomplished musicians, each of them far better than me technically, playing without a sliver of originality, emotion, risk or excitement. Thinking of my friend Barry’s Music For Humanity series, I realized I was listening to Music Without Humanity. Beautiful people playing recycled cover songs with the common spirit and thrill of a Muzak Festival. Their female lead singer delivered Robert Plant’s Babe I’m Gonna Leave You with the same conviction and romance as Marie Osmond taping a Nutrisystem commercial. And these; all card-carrying members of the Woodstock Generation…once upon a time.

Any of us foolish enough to attach ourselves to ideology so…to the point of blindly becoming what we believe–as friends, family and our own humanity fall from us like clothes we’ve outworn–have wrapped ourselves in a devilish cloth enmeshed in the gears of the conveyor dragging us (without our even knowing) straight into the rip-saw-teeth of Hell. That’s why the uncommon spirit could only say I love you…because it knows. It sees the beautiful people at the table of delusion on the beautiful sidewalk café, sipping their Cabernet and Pinot and smiling their beautiful smiles at one another, as their cities burn and the death toll mounts…the direct result of the Nero they’ve come to worship and admire…knowing they cannot see what they will not see.

Paul Scofield was positively brilliant as Sir Thomas More in the 1966 movie A Man For All Seasons, the true story of a good man who served his friend King Henry Vlll as Chancellor of England…until he was beheaded for refusing to put his friendship and loyalty to the King before his faith in God on the matter of the King’s divorce. As Chancellor, Sir Thomas had the power to break with Rome clearing the way for his friend to marry his mistress…and live. Was there ever a truer man? And yet today, we cannot even utter the word “man”! I feel completely alive and in the presence of his uncommon spirit. I can see King Henry in the beautiful people ensnared by the mistress of their ideology, even to the heart-breaking end of my own friendship. But then, a friendship that would cost you the price of your own soul was something else all along…

It’s been said that the essence of Modernism is “We don’t really believe what we believe.” I would only add that the aphrodisiac used by the mistress of ideology adds our wanting to the mix. “We believe what we want to believe.” In either case, our humanity is dealt the fatal blow as the great majority of friendships tested so will wither on the vine…if at least one of us is true.

And all that will live godly (as uncommon spirit) in Christ Jesus, shall suffer persecution. But evil men and seducers shall grow worse and worse: erring, and driving into error. ~ 2 Timothy 3: 12-13