The Sunday Morning Tune-up ~ The Devil in the Ideology 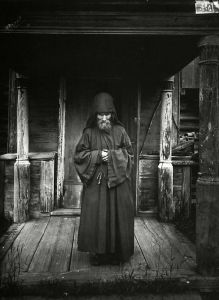 The Well-Hooded Shadow of Ideology

I’ve been wondering why, if democracy is the finest form of government ever invented, in its current form it brings out the worst in us. In theory it shouldn’t be so. In theory, we should, in this election season, be engaging in a national discussion of the troubles we face. Marriage is on the rocks, and more children than ever are growing up fatherless.  What have we done, though with good intentions, to bring such suffering to the most vulnerable among us? ~ Anthony Esolen, The Heart of the Matter: Ideology

Chances are that if you the reader are experiencing conflict within your heart, trouble in your home, struggles in school or on your job, problems in your relationship or with your marriage…the well-hooded shadow of ideology is the primary benefactor of your condition. I say well-hooded and refer to it as shadow because it needs to mask itself as the appealing, desirable, and compassionate alternative to Truth in order to survive, and here’s the truly scary part; because it feeds on the very hosts it enslaves.

Prime Example ~ NYC Mayor de Blasio’s comment in the wake of the Chelsea bombing, “We think it was intentional, but not terror.”

That, I am fairly certain, can be accurately characterized as the “insane ramble” one might expect of one our largest city’s homeless crack-heads. But it’s mayor? And then within minutes of that incoherent babble, prostrating himself in total supplication to his Master, he calls for an increase in Muslim refugees!

If you or anyone you love happens to live in New York City, I encourage you to considering moving as far away from there as you can…now. You are not safe. Period!

“The man who lies to himself and listens to his own lie comes to such a pass that he cannot distinguish the truth within him, or around him, and so loses all respect for himself and for others. And having no respect he ceases to love, and in order to occupy and distract himself without love he gives way to passions and coarse pleasures, and sinks to bestiality in his vices, all from continual lying to other men and to himself. The man who lies to himself can be more easily offended than anyone. You know it is sometimes very pleasant to take offence, isn’t it? A man may know that nobody has insulted him, but that he has invented the insult for himself, has lied and exaggerated to make it picturesque, has caught at a word and made a mountain out of a molehill — he knows that himself, yet he will be the first to take offence, and will revel in his resentment till he feels great pleasure in it, and so pass to genuine vindictiveness.”

Speaking of New York, it seems that de Blasio’s Master is something less than compassionate

…and far less than truthful

And my friends, it is not only the narcissistic ideologues ruling over us we must fear but all of us who continue to graze in the pasture of our own effeminacy…KNOWING IT TO BE SO!  “This (effeminacy) is a vice that is neither masculine or feminine…what it is, is…it is a softness of character that prevents you from identifying, facing, and dealing with objective reality.” ~ Ann Barnhardt, Jim Sinclair’s MineSet (Trump Fans Beware) A MUST hear!

OK, so now that we know that Ideologues literally “bank” on a population hypnotized by their own effeminacy, I will ask those of you brave enough to snap out of it, shrug it off, and follow me here. Do you remember the “slime” in Ghostbusters 2? Well the slime I’m about to show you makes GB2 slime seem like maple syrup from heaven! The Slime Beneath The Slime:

David Brock has 7 non-profits, 3 Super PACs, one 527-committee, one LLC, one joint fundraising committee, and one unregistered solicitor crammed into his office in Washington DC.

Uncovered records expose a constant flow of money between these organizations.

The Bonner Group, his professional solicitor, works off a commission. Every time money gets passed around, Bonner receives a 12.5% cut.

Nonprofits are required to disclose who they give cash grants to.

But they aren’t required to disclose who gave them cash grants.

This weak system of one-way verification is being abused by Brock. He’s been cycling money between his organizations for years, and the Bonner Group’s 12.5% commission gets triggered after every pass.

Say, for example, you donate $1,062,857 to Media Matters for America. This is how David Brock would have used your charitable donation in 2014:

In the end, Brock’s solicitor would have pocketed $350,825, almost a third of your initial donation! That’s a far cry from the advertised 12.5% commission.

As bizarre as that scenario may sound, this is exactly what David Brock did in 2014.

And then, tying the concept of the abject fraud of the contemporary western political and electoral matrix to our continuing study of Diabolical Narcissism and its derivative – sexual perversion – we get this shocking – SHOCKING bit of info:

“Brock’s former long-time live-in boyfriend William Grey (whom Brock has thanked in several of his books) threatened to go to the IRS with damaging information about how Brock was running his Media Matters empire. What did Brock do? He paid Grey $850,000 to keep quiet. Brock reportedly had to sell his home in Rehoboth, Delaware to come up with the money. This certainly seems to indicate that Brock was terrified about what the authorities would uncover.”

Adding to this, Fox News reported the following:

I think Anthony Ensolen would advise that we first need to identify and understand the source of the slime; “Ideology is an ersatz religion. It rushes into the emptiness when one no longer is open to the divine.”

Our Federal Government has evolved into a global crime syndicate. Our markets are completely rigged slush funds. Our cities are burning. And the first black President has instigated a race war and opened the Gates of Hell upon us. Only Ideology can drive a man to turn his back on Truth

…and kneel before the lie

The Ghost of Us

Beneath the eons of decay, the rust of time that slipped away

A shape that lingers in the din, a soundless whisper held within

Beyond the form you held so dear, bound and gagged and shaped by fear

Beyond the oceans’ ebb and flow, and silken moonbeams dare to go

Beyond the print of memory, all galaxies and stardust…

I will speak to you then, what no heart can bear,

of all we did and didn’t do…The ghost of us,

The me and you…