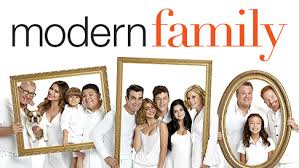 What a thing was this, too, which that mighty man wrought and endured in the carven horse, wherein all we chiefs of the Argives were sitting, bearing to the Trojans death and fate! But come now, change thy theme, and sing of the building of the horse of wood, which Epeius made with Athena’s help, the horse which once Odysseus led up into the citadel as a thing of guile, when he had filled it with the men who sacked Ilion. ~ The Odyssey

They say we live and learn. The Trojans learned the lesson to beware Greeks bearing gifts…by dying. Tennyson wrote, “Tis better to have loved and lost than never to have loved at all.” Well I am here to tell you, having lived, loved, lost and learned, that it all depends. In the Dylan classic, Don’t Think Twice, he writes;

I will tell you what I learned about love. I learned that, just as with gold, there is true love…and there is fool’s love. The former is a gift from God. The latter is want chasing its own shiny tail. Dylan was wise enough to recognize the latter in the woman he once loved, and left…with his soul presumably intact. I wasn’t quite as smart. But I learned the most valuable lesson of all:

There are two separate stories from this week that bear a remarkable resemblance to the Greek story of stealth in our own Odyssey. One of my favorite political commentators, Ben Shapiro, wrote about the “Modern Family” producer Danny Zuker who used the F word to describe his disdain for Christians who support President Trump. And there was this gem from one of my favorite faith commentators, Maureen Mullarkey, who gave us “Jesuits West, the Musical”. What greater irony could there be than the one provided by Shapiro’s telling of the man who profited enormously by shattering the sacred institution of family, now accusing President Trump of “tearing families apart”? And what greater malarkey than the malarkey provided by Mullarkey in the Progressive Propaganda Swill of Social Justice Warriors masquerading as Christians. Together they would fashion our world in the same exact way as the drug lords fashion the most popular Mexican luxury resorts…if WE were dumb enough to swallow.

Dennis Prager once said in response to a question, that the greatest threat to America was the number of Americans who have no idea what it means to be an American. For the past 8-10 years I watched the poison piped into my home via cable…a direct cerebral feed…a steady IV drip of Modern Family, Glee, Grey’s Anatomy, the Daily Show, Steven Colbert and the Simpsons. I watched as the people I loved, already Liberal in their thinking, were moved further and further away and apart from me. All of which would have been painful enough, but then to live with their judgments, resentments and scorn as I was falsely accused of being the one who changed and left them. In retrospect, the destroyers of our families, friends, and country, came in through the TVs, the classrooms, the boardrooms, and…our churches, from the top down. Think of it. Subsidiarity…our birth was from the (local-individual) ground up. Our death comes from the (global-collective) top down.

Godly men led us from our birth to the “shining city on a hill” called America, best represented by the lady in the harbor holding the lamp of freedom for all the world to see. The devil leads his agents from the very top down…

The Jesuit West 2017 production is as poisonous to the Faith as Modern Family is to the Family. This is because, just as the Trojan Horse appeared so convincingly to be one thing, it turned out to something entirely different, in this case deadly to the Faith. Whether or not the first Communist/Globalist Pope, himself a Jesuit, had anything to do with the production of Jesuit West 2017, his fingerprints of approval are all over it. The truth is that Bergoglio (Francis) is to the Cross what Zuker is to our Constitution…at best, unbeliever. Worse…the enemy.

The Holy Mass is the most sacred and intimate experience for a Catholic. In fact, through the miracle of Transubstantiation, the priest and parishioners are in the Eucharistic (material) presence of our Lord Jesus Christ. No one in their right mind would dream of interrupting such a communion…one might think. But then, one would not know Bergoglio:

The first step of Müller’s Calvary was a disconcerting episode in the middle of 2013. The cardinal was celebrating Mass in the church attached to the congregation palace, for a group of German students and scholars. His secretary joined him at the altar: “The pope wants to speak to you.” “Did you tell him I am celebrating Mass?” asked Müller. “Yes,” said the secretary, “but he says he does not mind—he wants to talk to you all the same.” The cardinal went to the sacristy. The pope, in a very bad mood, gave him some orders and a dossier concerning one of his friends, a cardinal. (This is a very delicate matter. I have sought an explanation of this incident from the official channels. Until the explanation comes, if it ever comes, I cannot give further details.) Obviously, Mūller was flabbergasted. ~ Ann calls him the “Antipope”

In the physical world we are now dealing with the devastating threat of hurricanes, earthquakes and madmen with nuclear weapons. But these are all but a tempest in a teapot compared to the storm of human nature, unleashed by the darkest forces within, seeking the ultimate destruction of our very heart and soul. Discernment is our greatest weapon here…