The Sunday Morning Tune-up ~ And Then There Was Light 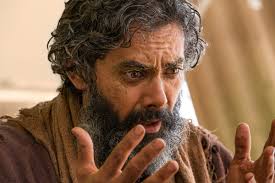 And Then There Was Light

There is no better example of man’s present state of moral “dead to the light” darkness than the question I received from a young “Progressive” Liberal man from REAL Warwick this morning, asking me why inclusion, equality, and climate-change are not principles? Like the young Eagle Scout from last week unable to see behind the BSA inclusion of gays and now young girls. Our young men aren’t stupid, they are dead to the light of objective truth and reality. They’ve become actors much like Greta Thunberg, acting in a play, who refuse to come out of character. Why? Because they’ve tragically been led to believe the characters they are playing are better people than who they really are…

Our Founders understood a free press to be as important to the life and liberty of the American People, as sunlight is to a healthy garden. None of them put it as well as Jefferson himself…

“Were it left to me to decide whether we should have a government without newspapers or newspapers without a government, I should not hesitate a moment to prefer the latter.”

But because we have come to suffer the former, most of us are in the dark about this fundamental truth of their one precious work, and ALL that separates and shields us from tyranny…

“Consequently, while the hallowed doctrine of stare decisis—the rule that judges are bound to respect precedent—certainly applies to the lower courts, Supreme Court justices owe fidelity to the Constitution alone, and if their predecessors have construed it erroneously, today’s justices must say so and overturn their decisions.” ~ Myron Magnet, Clarence Thomas and the Lost Constitution

Which brings us to my absolute favorite wordsmith/artist, Maureen Mullarkey, who shines a brilliant light on the ever-scheming patron of “Enlightened Globalization”, Jeffrey Sachs in cahoots with “(Pope?) Francis, a globalist to the bone, (as) its high priest”, and their “propaganda piece” (via Schmalz) contribution to St. Peter’s Square; Migrants and Refugees—a comprehensive, undifferentiated, impersonal category— are a maudlin abstraction useful in promoting globalist dreams. ~ Shrine to Migrants in St. Peter’s Square

Rodin commemorated the moral courage of men whose fortitude grew out of lives practiced in the habit of virtue. He worked in admiration of what Hemingway called “grace under pressure,” an aspect of character—an attribute of the soul—unbeholden to wealth or privilege.

Schmalz’ work, by contrast, derives from a downward cultural shift: the displacement of heroism by victimhood. Status as an underdog, a casualty of the past and the accidents of living, is what earns placement on a pedestal in St. Peter’s Square. Grievance (e.g. those Cherokees), mistaken for an endowment, passes as grounds for esteem.

Even Gideon’s 300, those special men who were the most watchful, careful, and situationally aware…would have been lost as babes in the wilderness without His light. Last Thursday evening at Men’s Bible Study, I watched as a father began to realize our children are being ordered into disorder in the very places we send them to learn, by the very people we entrust to educate them…which brings us directly to our charge in Ephesians 5:15…or more specifically 5:11, Take no part in the unfruitful works of darkness, but instead expose them.

For days will come upon you when your enemies will build an embankment around you, surround you and close you in on every side, and level you, and your children within you, to the ground; and they will not leave in you one stone upon another, because you did not know the time of your visitation.    ~ Luke 19:43-44