The Sunday Morning Tune-up ~ The Man Who Thinks He Can 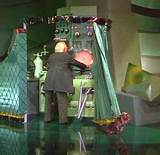 2020: The Most Revealing Year In American History

So he said to Him, “O my Lord, how can I save Israel? Indeed my clan is the weakest in Manaseh, and I am the least in my father’s house.” And the Lord said to him. “Surely I will be with you, and you shall defeat the Midianites as one man.” ~ Judges 6:15-16

I would pay a fortune for the key that unlocks the door separating the man who thinks he can from the man who doesn’t think he has to. We crossed the Rubicon of all Rubicons when we said goodbye to 2020 and hello to 2021. Washington D.C. has devolved from political theater into full blown kabuki theater of the absurd. The WH Press Corps and Biden Press Secretary Jen Psaki can best be described as two deer in the headlights looking at each other. “Circle-Back” Jen has yet to answer a serious question. Trump left the room, and they all seem lost…disoriented. How about you? How are you feeling right now…about your country, your future, the future of your children and your grandchildren? We are now seeing the emperor has no clothes. The question is, who cares?

I know how we got ourselves into this theater of the absurd. I would love and appreciate your thoughts in the comment section below. I keep going around and around with a Christian friend who wants to believe he can fight without setting foot onto the battlefield, knowing that God’s will has always been brought to bear by ordinary people; women like Ruth, Esther, Rahab, and Mary…men like Moses, Joshua, Caleb, David, Nehemiah, and Daniel who answer His call…at great personal risk to themselves. This is exactly what I mean by the locked door between the men who think they can, and the men who don’t think they have to. Can you imagine if God’s reply to Gideon in the Judges passage above had been, “You just sit tight, and surely I will whoop those nasty Midianites for you!”?

We are in a war for the soul of our nation in this hour. Some call it an information war. Gideon asked God how he could save his nation. The man who doesn’t think he has to is too afraid to ask the question. Wherever the lie seeks to take hold, that is the battlefield. Allowing the lie to go unchallenged is the same as surrender. Two summers ago the battlefield was the Wisner Library in Warwick during an LGTBQ Transgender Indoctrination event. We did not go there to protest, fight, judge, or condemn. We went there, in the full armor of God, to bring the light of truth (Matthew 5:13-16), to question. What the young people saw that day was a nervous energy in the speakers and moderator as they surrounded truth and struggled to put it back under the bushel. Just the other day a local Democrat Committeeman wrote the following in his letter to the editor; The committee firmly believes a healthy democracy is one in which voters are presented with a real choice of candidates. Again…full armor, no protest, no fight, no judgement (Ephesians 5:11)…my response; Serious question Doug: Is infanticide, censorship, stealing elections, allowing biological males to compete in female sports, forcing healthy people to wear face masks for a virus with a 99% survival rate, and targeting local business owners for their political beliefs your idea of a “healthy democracy”? No response as of yet.

The Matrix operates much the same as a casino. The difference is that most of us are free to walk out of the casino. Both are the same in that both are rigged in favor of the house, and both require just enough winners to make everyone think they can. The casino is real. The Matrix is not.

Historians will write 2020 as the most revealing year in American History because it was the year President Donald J. Trump (played by Toto in the Wizard of Oz) pulled back the final curtain on the wizard, fully exposing the Matrix…leaving all Americans with the ultimate Red Pill/Blue Pill choice. What I find most fascinating of all is God’s hand in all of this. Watching so many of my friends, neighbors, former work associates, and fellow Christians waiting for Trump or God to save them. I can’t speak for God, but President Trump made it pretty clear on July 3rd from Mt. Rushmore. He has done his “miraculous” part. The rest is up to us!

The first thing to know about the Matrix is that everything is made to appear perfectly normal. The second and probably most important thing to know and understand is that Fear rules the Matrix. The third thing to know is truth is whatever the wizard tells you it is. If you are ok with that, then you might be ok…for a while. Like my friend who is too afraid to ask the question, people in the Matrix are too afraid to think. Afraid to think, and afraid to question…is there a better definition of comfortably numb? Maybe a Matrix Church could be the answer…except, how can a Matrix Church save a soul from the Matrix it selected? It’s hard I know…believe me. This goes back to the story of my Realtor friend stuck, or so she believes, in her Matrix job. The reality is that we have all been liberated. On November 3rd the greatest contest in the history of the world was decided…Corporate Media vs We the People, and We the People won by a landslide margin. This is where faith and discernment come in to play.

If you think you are beaten, you are;
If you think you dare not, you don’t;
If you’d like to win, but think you can’t,
It’s almost a cinch you won’t.
If you think you’ll lose, you’re lost,
For out in the world we find
Success begins with a fellow’s will,
It’s all in the state of mind.

If you think you’re outcasted, you are;
You’ve got to think high to rise.
You’ve got to be sure of yourself before
You can ever win a prize.
Life’s battles don’t always go
To the stronger or faster man;
But soon or late the man who wins
Is the man who thinks he can.