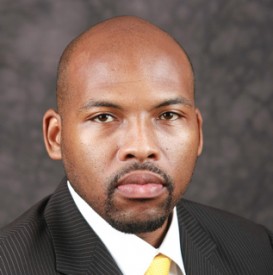 When Florida Atlantic University Professor Deandre Poole had his students write the name JESUS on a piece of paper and then STOMP it into the floor, junior year student Ryan Rotela who happens to be a Mormon refused. He was suspended!

And wasn’t it just last year 3 big city mayors threatened to bar Chick Fil A owner Dan Cathy’s successful business from their cities for daring to profess his Christian faith during a private radio interview…in the same year that God was actually booed during the Democratic National Convention during a vote to strike God from the Democratic Platform?

I’m sure that Brian Williams didn’t tell you about the Muslims stoning Christians in Dearborn Michigan while the police did NOTHING! http://www.franklincountyvapatriots.com/2012/06/28/muslims-throw-stones-at-christians-while-cops-watch-and-do-nothing/

On a personal level, I have gay family members who will not come to my home because I will not STOMP on JESUS by accepting their beliefs as my own! I have lost a pretty significant number of “Social Justice” minded friends, who interpret my beliefs as “Skewered”…while remaining silent on the real injustices I’ve just listed.

Americans are being pressed beyond the norms of acceptance and tolerance into SUBMISSION! Poole is no more a teacher than the “Pastor” who leads you away from the teachings of the Church to the Socially Just religion of NICE! Welcome to the Sweet Land of Persecution where Christians are branded as bigots for the crime of being true to their Christian faith!

From Professor Poole to King Bloomberg, America is beset with radicals posing as teachers and mayors scheming for nothing less than the complete and total submission of all that it once meant to be an American! They are in our faces! Their most credible argument against the Boy Scouts and the Institution of Marriage is the fact that “Marriage Equality” and “Gay Scout Masters” are what our kids want!! WHAT? We are going to let the same kid who “learned” from Professor Poole and “prayed” with Pastor Nice for the past 30 years dictate the future of America? Bring it on! 🙂

“The disintegration of the nuclear family — particularly in the African-American community — and the rise in fatherless homes have greater societal implications than gay marriage, yet few pay attention. No culture can remain healthy with illegitimacy rates like these. And it is simply impossible to understate the socially catastrophic consequences of America’s crisis of illegitimacy.”~ Paul Affenita

Note~ If you or anyone you know encounters an infringement on their religious freedom or liberty, call JaySekulow @ (757) 226-2489 and remember, Americans do not SUBMIT!

7 Responses to My Country ‘Tis of Thee, Sweet Land of…Persecution?