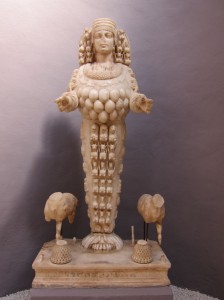 “Your testicle for a tit” ~The Goddess of Welfare

I would literally rather die than turn my life over to Obama…which is 100% precisely what enrollment in the Affordable Care Act is. Period! But for those of you who don’t share my passion for abstention, the Regime tells us there are three ways to enroll;                  On-line at healthcare.gov, paper application or toll free telephone.

Everyone knows the first option has been a complete technical disaster. I heard an interview a week ago on Kudlow, where a software “code” expert said that the critical “834” component of the system which is responsible for transferring the data from HHS to the insurance carriers could take up to a year to fix. So when they promise a “fix by end of November” they’re flat-out lying….shocker!

If that were only the worst of it! Fewer of us have known that on top of being a complete technical disaster, the “no-bid” $634 Million healthcare.gov is a shamefully corrupt disaster as well? Oh, it gets better. Remember…healthcare.gov is only one of three ways to pick your poison. What even fewer of us now know is that the paper application alternative may be even worse! Take a gander at who the Regime hopped in bed with to process your applications. …a $1.3 Billion bed my hopefully very healthy friends!

So this is not a Regime that’s interested in giving us “the shopping experience we deserve” to quote Medicare Head Tavenner. This isn’t your average cozy big-gov “New Deal” bear ladies and gentlemen. These are the classic in-your-face total control banana republic theatrics of an arrogant dictator who knows he is untouchable.

The movie Coma is a great metaphor for Obamacare. In the movie a network of crooks involving hospitals, doctors and insurance companies faked deaths to turn people into human organ crops. It was pretty creepy. Obamacare is about 300 million times creepier!

Think about who these people are. Think about it all from the Reverend Wright and Bill Ayers revelations to Fast & Furious, Benghazi, IRS, AP, NSA…these are ALL thoroughly corrupt psychopathic lying miscreants! Why on earth would any rational human being give them anything more than the time of day?

How much did Goldman Sachs just pay Hillary Clinton for two speeches? $2,000,000! Remember the “Inconvenient Gas Pocket” Al Gore. Look what he has managed to harvest from the American Carcass!

Everyone must search their own hearts and decide for themselves and their families. I just pray they do so in a well-informed manner. I fear that this is far from the case. And it’s not just Obamacare. Think of all the thousands of solicitations that have rained down on our homes over the past five years. “Donate to this person or that person who will make a difference in Washington”! Contribute now to bring sanity back to Washington…contribute to the “Cause”, as in Santa Cause my friends.

Choose wisely. If and only if you have a few extra bucks to send to the Heritage Foundation or Ted Cruz or Dr. Ben Carson’s Presidential Campaign…fine! BUT, only after you have totally and thoroughly prepped you and your family for the disaster these pirates have made 100% certain. In the meantime, if you go anywhere near the spindly clutches of Obamacare, you may want to budget a few bucks to see a shrink! Just sayin’… 😉

3 Responses to The Unaffordable Corruption Act!