God Save the Whistle-Blower! 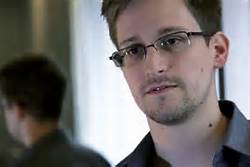 whistleblower (whistle-blower or whistle blower)[1] is a person who exposes misconduct, alleged dishonest or illegal activity occurring in an organization. The alleged misconduct may be classified in many ways; for example, a violation of a law, rule, regulation and/or a direct threat to public interest, such as fraud, health and safety violations, and corruption. Whistleblowers may make their allegations internally (for example, to other people within the accused organization) or externally (to regulators, law enforcement agencies, to the media or to groups concerned with the issues). ~ http://en.wikipedia.org/wiki/Whistleblower

We Are At War!

From the FrontLine(New York City) ~ Impeached President Bill Clinton swears in New York’s first Marxist Mayor whose first official act will be to ban horse-drawn carriages in Central Park because of cruelty to animals. It is rumored that he will have the Rich pull them instead!

From the bloody trenches in Dearborn, MI ~ Parents refusing to allow their children to behead live frogs in biology class in recognition of Muslim Appreciation Week are ordered to undergo sensitivity training or lose custody of their children!

Rather than risk the further alienation from my fellow Catholics, I think I will suspend the levity of a rather hilarious Pope Francis-kumbaya-vignette that fit so perfectly into place with the war stories of the day. But it does leave me wondering if ever there was a man who actually bit off his own tongue from biting his tongue…

The point is that my little war-correspondence is tragically and mostly true! If you are a man or woman who cherishes your Liberty as do I, you have just surpassed the Cricket Frog on the Most Endangered Species list…whether you know it or not! Some of us know it and don’t mind because they believe that those stealing our Liberty are doing so for our own protection. But if you do mind as do I; then I hearken you to rise and rally to the hearty defense of the #1 Most Endangered Species on the entire planet, the Whistle-Blower!

It makes perfect sense when you think about it in context with the definition above! The United States Government has been hijacked by a … “Regime” that is completely dishonest, engaged in countless illegal activities that violate our laws, threaten the public interest by institutionalizing fraud, health and safety violations…while majoring in corruption! Why, it’s a Whistle-Blower’s Bonanza…if he don’t mind dyin’!

The other sinisterly subtle changes occurring on the very same front-line where Washington successfully escaped British capture in Brooklyn Heights 238 years ago are the voices we listen to in our drive-time commute. Some woman filling in for John Gambling at WOR was incensed over the NYT Editorial calling for Snowden’s Amnesty. To her mind, Snowden is the criminal and government is the victim. On the other major station we have Steve Adubato’s voice of reason smoothing out the wrinkles of Obamacare and calling for us all to just get along, in place of more critical commentary!

My wife and I watched the movie The Cider House Rules last night. How are we any different than the tormented Dr. Larch who needed ether to escape from his own consciousness? Our government has declared war and open season on whistle-blowers! They have targeted ATF agent John Dodson over his efforts to expose Fast & Furious! They have punished Deputy Chief of Mission Gregory Hicks for his testimony on Benghazi! God knows what threats have silenced the other 34 Benghazi witnesses!

Even the NYT Times knows that Whistle-Blowers are the only thing standing between us and the deep sleep that we may never awaken from. Hell, without Edward Snowden Bernie Sanders might never have been roused from his Liberal slumber. The founder of Zero Hedge puts it best…