Life in the USA is like living in a broken-down, cob-jobbed, vermin-infested house that needs to be gutted, disinfected, and rebuilt. ~ James Kunstler

The only difference between Clinton, Cuomo, Christie and Cancer is Cancer doesn’t masquerade as its own cure! And the fact is that there is no cure for the first three once we’ve been bitten, which leads us to the tragic reality of Kunstler’s quote above.

Remember the now infamous Pelosi quote on the eve of Obamacare? “We’ll go through the gate. If the gate’s closed, we’ll go over the fence. If the fence is too high, we’ll pole vault in. If that doesn’t work, we’ll parachute in but we’re going to get health care reform passed for the American people.”

The past 50 years have been one long Progressive Paratrooper Invasion of America that began with LBJ’s “War on Poverty”! Here we are $20 Trillion dollars down-the-rat-hole-later with 50 million Americans on food stamps led by yet another masquerading psychopath who claims paying people not to work is good for the economy! We deserve better!!!

Not a single one of them can move their lips without forming a lie! They lie and people die!“Time for some traffic problems in Ft. Lee.” ~ Christie’s Deputy Chief of Staff 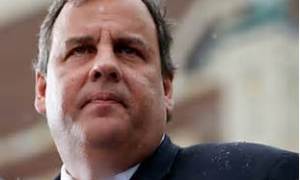 What is it about Progressive failure that brings people back for more? Living in Cuomo’s “Progressive Capitol of the World” is like some kind of strange acid trip! How can even the healthiest American public survive an infection of Cuomo, Clinton and de Blassio…in one state? They ALL manufacture crisis, make us sick, kill the real doctors and then show up in their own shiny white lab coats! And each and every one of them is Hell-bent on stripping us of the greatest vitamin for preserving our Liberty God has given us!

David Ickes tells us that “the key to mass control is the manipulation of the imagination of ourselves.” He also warns us that “the more they centralize power, the more power they have to centralize quicker.”

Kunstler is 100% right! We are well beyond a simple make-over. We can’t fix this with a fresh coat of paint. It’s behind the walls! It’s in the air we breathe!

“What difference does it make?”

IT MAKES ALL THE DIFFERENCE IN THE WORLD!