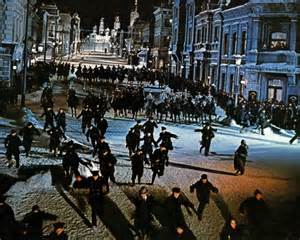 “Death to the Cops!”

They will say no one saw it coming.  But there are those of us across the internet, on blogs just like this one, who have seen it coming and have been talking about it for a long time.  The exact details of every point of transition and interception is not easily discerned, but the overall macro trend is clear and there are a few moments of sudden adjustments coming.  The sad reality is that the disorganized masses will remain ignorant to the whole process as they become consumed with television news drama that hides the structural truth behind the engineered cultural implosion of the American identity. ~ JC Collins, The Philosophy of Metrics

Every year at Hanukkah and Christmas time, my wife and I get together with her friends who’ve become my friends from the Jewish Reform Temple in Monroe. She is always a little nervous with me in this situation…for fear of some political discussion outbreak that usually never occurs. Remarkably, this year was different!

Mike is a high school teacher in Goshen. I had just seen an interesting report about a video gaming convention and this whole new trend of competitive young “gamers” winning hundreds of thousands of dollars! Mike was very aware and it opened up an entire discussion about the negative social repercussions technology is having on his students. It was as fascinating as it was disturbing, and most remarkably, it evolved into a dinner table discussion with everyone on board. Hanukkah/Christmas 2014 at the Lipkins and everybody is talking about our culture, our kids, our families and our future with the same degree of fear and trepidation!

Think about it. While we were sipping wine and munching on latkes in Highland Mills, protesters were filling the streets of Manhattan shouting “Death to Cops” in unison! It reminded me of the scene in Doctor Zhivago where the social elites dined on caviar and champagne behind their crystal windows and doors while the ginned-up masses were fine-tuning their revolutionary struts on the streets below.

Funny thing…the other sentiment Mike and I shared was our fondness for the holiday classic, It’s a Wonderful Life. I even brought it up during our dinner conversation about our cultural decline as a way of saying what did we have so right then that has gone so wrong now? That brought out some interesting push-back and denial from the most socially liberal at the table…such confidence in the stride, with so little concern for the direction.

And I thought what is different about the American chessboard now versus the Russian chessboard then? The rules are the same…why, even the players are the same. But my oh my, look at what’s happened to the Baily Savings & Loan!  😦