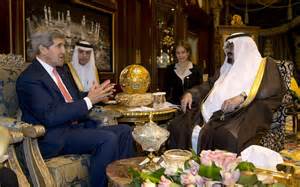 One Tyrant to Another!

De-riv-a-tive ~ In finance, a derivative is a contract that derives its value from the performance of an underlying entity. This underlying entity can be an asset, index, or interest rate, and is often called the “underlying”.[1][2] Derivatives can be used for a number of purposes – including insuring against price movements (hedging), increasing exposure to price movements for speculation or getting access to otherwise hard to trade assets or markets.[3] Some of the more common derivatives include forwards, futures, options, swaps, and variations of these such as collateralized debt obligations, credit default swaps, and mortgage-backed securities. Most derivatives are traded over-the-counter (off-exchange) or on an exchange such as the Chicago Mercantile Exchange, while most insurance contracts have developed into a separate industry. Derivatives are one of the three main categories of financial instruments, the other two being stocks (i.e. equities or shares) and debt (i.e. bonds and mortgages). ~ Wikipedia

That all sounds sensible right? Wiki leaves the most important part out though: “…for every buyer there is a seller and derivatives are supposed to be a zero-sum game.  That is, if I buy a derivative and “win” someone else “loses” in exactly the same amount.” This relationship in the “contract” is the heart…the very integrity of the market. What if: “The person who wrote the derivative did so with fictitious funds; that is, they not only can’t pay (which would be a zero-sum event as well since if you can’t pay I don’t receive, again, in exactly the same amount) but their failure to pay exposes their insolvency without making me rich at the same time.” NOW…think about Greece! Tail wagging the dog? Cui bono?

While we’re on the subject of contracts, markets, and integrity, let’s talk about something that really makes the world go ‘round. Let’s talk about oil shall we? Back in 2007, you and I didn’t give a whole lot of thought to derivatives other than to perhaps note that the derivative guy was a bit nerdy and made a lot of money. If your daddy was a derivative guy then you lived in a very big house…a $195 Million BIG house. Jeff Green is a “derivative guy”! So…back to oil. We know that there are lots of Jeff Greens in Saudi Arabia right? And we also remember we were paying nearly $5/gallon of gas to fill our cars a couple of short years ago, and now we’re happy to be paying less than $2/gallon, right? I’ll wager that some of us even know that America has moved out in front of the international oil-producing pack because of shale technology, right? So…just as in the Wiki definition of derivative…it’s all just as simple as seller meets buyer “supply and demand”, right? W-R-O-N-G!!!!!!

You see, markets are fine…until the PSYCHOPATHS step up to the table and become THE HOUSE! “As former IMF chief economist Simon Johnson notes, the American finance industry has effectively captured our government in a “quiet coup”, a state of affairs that is at the center of many emerging-market crises, and that recovery will fail unless we break the financial oligarchy that is blocking essential reform.

The U.S. has become a kleptocracy, an oligarchy, a banana republic, a socialist or fascist state … which acts without the consent of the governed. There is a malignant symbiotic relationship between the governmental leaders and their cronies, which makes a handful rich at the public trough (in the same way that the Mubarak family raked in between U.S. $40 and $70 billion dollars through bribes and cronyism).”

(That prophetic article was from 1/3/2012!!) So what say we drill a little deeper into the real mucky-muck beneath the oil market shall we? Let’s see…Most of us know Putin’s Russian economy is a one-trick pony. They are as thirsty to supply the oil and gas as the EU is to drink it, eh? Many of us also know that Putin backs Assad’s regime in Syria. Some of us might even be aware of a planned natural gas pipeline originating in Qatar (ISIS Sponsor), passing through the “critical transit zone” of Syria, “which would terminate somewhere in central Europe”…making for a very unhappy Putin…and a starving Russian People! Cui bono? With me so far?

But now add to this Geo-Political Rubik Cube the Foreign Policy Wiz-Team of the Obama Administration (wink-wink). Enter John Kerry to negotiate a deal with the Saudis. On the surface, the idea of teaming with Saudi Arabia to drive down the price of oil and support the Syrian rebels in order to zing Putin seems smart, no? Until we step back to factor in two HUGE elements of what has become an extremely convoluted and dangerous game indeed:

These are HUGE because both raise the question of Obama’s loyalty to America’s values and interests. A question that more Americans of all political stripes are asking lately. Cui bono Mr. President?

The bachelor party tradition in my circle of friends growing up was a round of golf in the Atlantic City area, dinner and a night in the casinos…winner buys breakfast! I bought back-to-back breakfasts on the morning after for the last two of my Mohegan friends six months apart. $1,800 and then $4,200 playing Black Jack! I am ahead $6,000 to this day because there were no more of my friends left to get married…

The casino I’ve described above is truly run by psychopaths. They have bolted the doors shut and chained us to the tables. Any thought you have to the contrary is pure delusional fantasy my friend. We don’t need to break the house…We the People everywhere need to tear it down and start over!