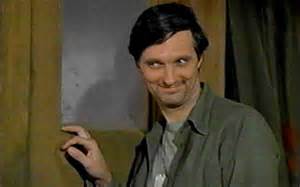 What Happened to the Mash Liberal?

My wife has been hit with a serendipitous bout of “Mash” nostalgia. Her viewing old Mash re-runs reminds me a little of the grieving parents who keep the lost child’s room exactly as he or she left it, or the beloved wife of the loving husband who holds on to the last shirt he wore…still carrying his fragrance. I know exactly what she is missing…I am missing it and mourning it too. “I miss the Mash Liberal” I said to her. “What do you mean?” she asks. “I mean I miss the Hawkeye Pierce Liberal who questioned authority with such flair.” Good Sunday Morning Dear Friend…

I had the pleasure of being involved in three separate community events recently that in retrospect are remarkably connected. The first was a meeting of concerned citizens with their US Senator’s office called by the citizens to convey their alarm and concerns over the rising tide of anti-Semitism, the kidnapping and slaughter of Christians world-wide and their persecution here at home, and our deteriorating relationship with Israel. The second was a public debate hosted by the Orange County Citizen’s Foundation on “Regionalism vs Localism”. And the third, which took place in Rockland County yesterday, was “Regionalism in the State of New York & Common Core”.

The first event involved two significant desertions. In a meeting of the people with their spiritual representatives and their political representative, neither spiritual nor political showed! Only the people themselves were left to deal with two high school kids from Senator Schumer’s office schooled in the art of BS and doublespeak. We might as well have talked to the walls…

The second event drew a good crowd of local government officials and concerned citizens to listen to the debate which up until now hasn’t really been a debate. I think of it now as the “Pink Elephant Discussion” because we talked about everything but the pink elephant in the room. The expert from St. Louis did a great job of exposing the symptoms while taking great care to avoid the disease itself. But we already knew we were sick. We already knew the system is broken, forcing job creators to flee the state…

Only here, in West Nyack from the pulpit of the Clarkstown Reform Church from the lips of Tom DeWeese of the American Policy Center did we finally hear the Truth about the Agenda behind it all! The Agenda conceived in the elitist dreams of Dewey & Rockefeller, born at the Earth Summit in Rio in 1992 and faithfully carried by Progressive torch-bearers ever since…Agenda 21!  This is the disease contaminating the entire world that will most surely kill all life worth living, if we don’t find a way to kill it first!

What I find fascinating about this disease is the remarkable resemblance of response by those who should be looking out for our interests, to another deadly disease. They are suddenly struck with the exact same fear of speaking the words Agenda 21 as they are of saying Radical Islam! Instead, our spiritual and political shepherds are lullabying us to sleep with nice words like common, collective, sustainable, equality, justice and inclusive with Marxist shepherds slipping quietly into small town libraries with “calls for compassion and justice in the Hudson Valley” by the good Rev. Dr. Mark Bozutti-Jones, in perfect harmony with Dr. Cornel West who whispers, “Justice is what love looks like in public.”

The first step to fighting Evil is to  recognize it in all its deceptive manifestations! The second step is to understand the fraud…like your mother’s plastic plants that appeared so nice by offering to “Create the Common Good” without telling you they do that by murdering your Individual Liberty first! The third and final step is to assert your individual liberty (while you possess it) by calling them out for the frauds they are. Ask them, why as “Christians” they are not demanding answers from Senator Schumer?

Tom DeWeese gave us hope from the pulpit yesterday. He shared with us uplifting stories from around the country where good people are standing up, holding their representatives (political & spiritual) accountable and fighting back! Years ago he was a lone voice speaking out against the Agenda. Today the hundreds upon hundreds who finally see where it is all coming from are forming workshops and “freedom labs” all over the country.

True Christians will be practicing “Civil Disobedience” while the common good snake-oil preachers are feeling good about feeling good. Because dear friend, in the spirit of my old friend Hawkeye Pierce, when they said sit down, I stood up!