“Refugee Resettlement” in a Fatherless Society is the Perfect Storm! 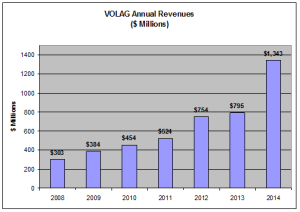 From Saving Souls to Profiting on Them!

Hatched by the U.N. and the American Left, the resettlement agenda is dedicated to erasing our culture, traditions and laws, and creating a compliant, welfare-dependent multicultural society with no understanding of America’s constitutional framework and no interest in assimilation. The ultimate target is a voting base large enough for the Left’s long-sought “permanent progressive majority.” ~ James Simpson, “Refugee Resettlement: A Clear & Present Danger to Our Nation”

Sometimes there are stories powerful enough to make an impact on their own, when merged with other stories become cultural hurricanes destroying everything in their path. American Thinker’s “Refugee Resettlement: A Clear & Present Danger to Our Nation”, and the Michael Voris Father’s Day “Manhood Gut-Check”  are two ominous systems that have combined to form the perfect storm…

Put this in your multi-cultural peace-pipe of compassion; 140,000 Muslims per year…

“Hijra remains the model to this day for jihadists who seek to populate and dominate new lands. Their migrations are not for the purpose of assimilating peacefully in a new host nation, adopting as their own its traditions and legal systems. Rather, Mohammed’s followers, in keeping with the example established by their prophet, are driven first to colonize and then to transform non-Muslim target societies – whether through violent means or via stealthy, pre-violent ones favored by the Muslim Brotherhood when it is not powerful enough to use violence decisively.”        ~ Ann Corcoran, Refugee Resettlement and the Hijra to America:

So, not only are we “resettling refugees” into a broken fatherless society…we are also flooding the American Homeland with terrorists! Oh, and it gets better. It seems the very Church I wrote about in Sunday Morning Tune-up’s “Confronting Evil” represents 6 of the 9 “VOLAGS” receiving billions in taxpayer dollars to bring the perfect storm to our door!

The point of this is that unless and until the intelligent, wise, morally upright people on this earth stop cowering in shame before psychopaths, imbeciles and moral degenerates, and face up to the fact that they must reassert themselves and reclaim their place in society WHICH IS THEIR DUTY, there is no non-supernatural remedy to any of this, and it will continue to spiral into hell. ~ Ann Barnhardt  #WakeUpAmerica!

2 Responses to “Refugee Resettlement” in a Fatherless Society is the Perfect Storm!