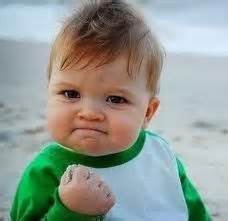 …The Tough Get Going!

I wrote to my cousin the other day that I have more aches and pains than friends these days. Those of you in my age group are thinking to yourselves that you are reaching/have reached the same point in your lives as well. Except my cousin and I were having that age-old discussion of how do you save the ones you love without alienating them…as the rate of my loss of friends has exceeded the rate of acceleration of my aches and pains. 🙂

And, in case you haven’t noticed, the concept of human suffering has changed rather dramatically (and mysteriously) over the past twenty years. That which was once treated as a natural ingredient of the human experience has now become regarded as an alien virus that must be eliminated at all costs…and it has been…mostly…in the physical sense…if you have enough money. But what I want to cover this morning is how those of us in the Liberty Movement have discovered that the pills they’ve developed for aches and pains do precious little to ease the pain of losing friends and the things we hold/held dear. Good Sunday Morning Dear Friend!

When the Going Gets Tough

There will come a time when most Americans want “real” again. But for now, the majority of us are willing to accept the lie(s)…which makes those of us who are not, a direct threat. In a recent post, I brought up the point Dr. Savage made about theological relevance during times of great social upheaval and transformation, at the very same time Ann Barnhardt was linking our upheaval to the Novus Ordo (New Order) Mass. But it’s not just a Catholic thing. In fact all religion has been de-religionized in much the same way, as Savage observes, “there is no religion in Liberal Reform Judaism…it has become a social club.” In fact, actual liturgical doctrine and its application to the modern experience of mankind in most churches across America today, is going the way of the Confederate Flag, stripped from our hearts and minds to be consigned as “relic” to the dustbin. Ann’s words fall harshly through the modern ear’s PC filter, but they’re as real as real gets, and more than helpful in comprehending the universal rot behind it all…

Many argue that the Novus Ordo must be gradually reformed or phased out over a period of decades or even centuries because it would cause faithful Catholics to become confused and possibly lose their faith.  I reject this argument on three levels.  First, as we have already discussed, most ethnic Catholics today are already de facto heretics or apostates.  They openly reject and deny what the Church teaches infallibly, including the Third Commandment (weekly Mass attendance), Fifth Commandment (abortion) and Sixth Commandment (divorce, contraception, sodomy).  The notion that apostates and heretics should be handled with kid gloves and that the Holy Sacrifice of the Mass should be subjugated to their sensibilities is itself a violation of the First and Second Commandments (idolatry and sacrilege).

Second, there is the argument that because the Novus Ordo was imposed upon the Church extremely rapidly, in a matter of weeks in many places, that it would be just as bad to make a quick return to the Gregorian Rite.  This is pure poppycock.  The equivocation is false.  The promulgation of the Novus Ordo was a very, very, very bad thing, an act of war against the Church by Freemasonic infiltrators in concert with Communists and sodomites.  Abrogating a very bad thing and returning to something so good that the human mind is incapable of plumbing its depths need not and should not be gradual.  We are called to make a clean, decisive rejection of our sins.  We are not called to “ease gradually” out of sin.  Likewise, the notion that the right and proper worship of God could ever be “a tactical mistake”, or “too much too soon” is a sin against the First and Second Commandments.

Third, the notion of the need for a gradual “reform of the reform” belies a lack of faith on the part of its proponents. One of my oft-repeated mottoes is, “Never fear the consequences of doing the right thing.” Do we not believe that if the Church did the right thing and returned to the Gregorian Rite tomorrow that Our Lord and His Mother would shower the Church Militant with grace and that the Holy Ghost would, very literally, “renew the face of the earth?”  Anything would be possible.  Mass conversions of Jews, musloids, China, and all pagans.  Reversions of apostates and schismatics, first among them Russia.  Renewal of Christian culture and an end of the Culture of Death.  Renewal of just governments, economies and the Rule of Law under the Kingship of Christ.  These would be just the very first fruits of the return of the Church to the Gregorian Rite.

“Never fear the consequences of doing the right thing” becomes more and more crucial as more and more people grow more and more accepting of doing the wrong thing where they inevitably begin the tragic conversion from accepting wrong to defending it! I sent the damning evidence of Planned Parenthood abortionist Dr. Nucatola describing how she crushes babies heads as if they were insects while preserving the organs for sale ($24,000 for a vial of 5 million liver cells) to a “Pro-Choice” friend. The friend had nothing to say…until the very next day when they couldn’t get over the “inhumane” treatment of the New York City Carriage Horses. I kid you not!

The consequence of “doing the right thing” in such a lost world, is living with the reality that in many and most cases, you will be doing it alone…and most likely attacked, mocked, ridiculed and scorned for it. In fact, to say “I am a Christian” today is to say I am taking on the world! It doesn’t get any tougher than that my friend!

So when the going gets tough, know that Grace is stripping you of all the artery-clogging layers of “nothing” to get to your purest essence of “everything”! The harder it gets, the closer we are! In living the leap of faith, we find the ecstasy of salvation in every agonizing degree of detachment from the lie. I wrote the song “Just When You Think” standing in this very spot! Please have a listen…before you get going!