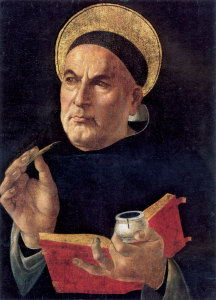 “By nature all men are equal in liberty, but not in other endowments.” ~ St. Thomas Aquinas

1) “What we do know is that the industrialized model of education, with its emphasis on the rote memorization of facts, is no longer necessary. Facts are what Google does best. But creativity, collaboration, critical thinking, and problem solving—that’s a different story. These skills have been repeatedly stressed by everyone from corporate executives to education experts as the fundamentals required by today’s jobs. They have become the new version of the three R’s (reading, writing, and arithmetic); the basics of what’s recently been dubbed “twenty-first-century learning.”                             ~ Diamandis/Kotler from the book “Abundance; The Future is Better Than You Think”

2) “The world of men is careening into greater and greater chaos.  Blood thirsty slaughter of civilians by Islamists.  The wholesale holocaust of babies through abortion.  The growing power of secular governments and media juggernauts who use propaganda and advertising to manipulate opinion and control the masses.  The edicts of judges that overturn the age old understanding of marriage.  The hollowing out of families through misguided social welfare programs.  The escalating grievance movement by women and various races.  The fall of borders. The outsourcing of jobs which further destroys traditional families.  The mainstreaming of sexual perversion into every nook and cranny of men’s minds.  The catalog of modern chaos is long.” ~ Matthew James Christoff, Catholic convert and founder of The New Emangelization

3) “But the stupid man will assign arbitrary values to all things, in order to protect and justify his own position. His morals are based on things which he wishes were true, or which someone else wishes were true. His philosophy pays no attention to relative facts or realities. But in his life he must deal with relative facts and realities, and consequently he is constantly involved with pretenses and evasions.” ~ John Whiteside Parsons (Thelemite occultist), from “Freedom Is A Two-Edged Sword”

I couldn’t imagine stringing together three more closely connected quotes from three more distant and unrelated perspectives; Humanist, Catholic and Thelemite! In the previous chapter I called for the mobilization of our country’s veterans to help “Save Professor Ryan” because it won’t matter who we elect in 2016 if we don’t expose the Marxist Mind that has infiltrated our public education system of high schools, colleges and universities and turned them all into indoctrination camps. The more I think about the Diamandis/Kotler book (1), the angrier I become. It is so diabolically deceptive, it borders on fantasy with malicious intent! They of all people would know that creativity, collaboration, critical thinking and problem solving have been locked away in solitary confinement alongside the three R’s in the darkest dungeons of academia where re-education, sensitivity training and social engineering have replaced any and all hope of a true education. Good Sunday Morning Dear Friend!

The “Pretenses & Evasions” of Modern Education

The first quote exposes the counterfeit nature of Humanism. Their actions are not bound in any way to their words. In fact, they use words to disguise their true intent. They exist to deny, reject, distort and block the light of natural law and order; twisting and churning it into the rules and dictates of their own making, for their own purpose…always for the supposed benefit of a collective herd they love to refer to as “the middle class” which only clamors for more of the same.

The second quote describes exactly and precisely where this humanist/herd relationship has led us all! And the third quote reveals the precise flaw in human nature that would allow such a cancer to penetrate the body of Western Civilization’s immune system to grow and metastasize in the first place. Until we realize, accept all three elements of our self-destruction (WHO they are. WHERE we are. HOW we got here.), and take the necessary ACTION…we will have no choice but to die the slow and painful death befitting of any and all civilizations living in the shadow of their own willful ignorance and indifference.

In my experience I have found that the solutions to the most convoluted and complex problems are most often straightforward and simple. So let’s take a closer look at the three quotes above, beginning with the first.

We are informed by Diamandis and Kotler that creativity, collaboration, critical thinking, and problem solving “have become the new version of the three R’s”. In reality, our youth are subject to the following teachings and practices:

In reality, the ACLU, the American Muslim Council, Americans United for Separation of Church and State and the Clinton administration joined together to create an environment that opened the door to Muslim teaching, while attacking anyone who speaks of the Christian religion in public schools.

In reality, our children are at the mercy of a system that “fosters an environment of hate, loathing and resentment toward Western culture, Christians, Jews, Shiites, secular Muslims and non-Muslims” http://www.wnd.com/2015/09/the-islamic-mosqueing-of-public-schools/ where they are given homework assignments which include “drawing propaganda posters for terrorist organizations.” http://pamelageller.com/2015/11/utah-school-homework-assignment-to-make-propaganda-poster-join-isis-for-terrorist-group.html/ I suppose that’s where the “creativity and collaboration” part comes in??? In the face of these realities, and after strolling the campuses of Brown, Mizzou, UNC, Yale, Princeton, Harvard and Columbia…we have no choice but to seriously question what planet Diamandis and Kotler are living on and/or writing about!

This brings us to the second quote. This quote by Christoff tragically encapsulates the world you and I are much more familiar with. I found the name Christoff a very interesting name for the man behind this quote. For this is the secular world the Humanist man has chosen for us all by casting Christ-off! This is the reality Diamandis and Kotler would have us close our eyes to…on the way to their Neverland. They actually believe that the mind of man will take us there.

Finally we arrive at what I hereby dub the “Parsons Point”! There should be nothing simpler and more direct than a point, which is why it takes so little space. The solution and fix to every problem in Modern Education, and the rest of Western Civilization for that matter, can be found in the two words in the title of this chapter; Pretenses and Evasions. End the pretenses and evasions now and we will have taken the all-important first step in restoring the true meaning of education to education…the Parsons Point! Period!

This of course means facing Truth at every level. And we all know the Garfield addendum to the Truth shall set us free! Diamandis and Kotler, who delighted in wowing us with the exponential multiplier-effect of technology, know full well the same exponential multiplier-effect that governs suppression of Truth, and the perpetuation of a lie. The longer the duration, the greater the consequence (misery). The more advanced the disease, the stronger the medicine required…if curable at all! In the real world, there is no such thing as too big to fail. With our last breath, and for the sake of our children, we must root out the pretenders and evaders for who they are in order to restore integrity to education…and the future to ourselves.