The Sunday Tune-up ~ True Confessions of a Proud “Extremist” 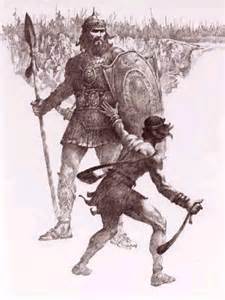 If you are a quiet and passive sort of citizen with no political deviations and no thoughts outside of what is considered “mainstream,” then you are probably considered a non-threat to the establishment. If, however, you promote an ideal that is opposed to the establishment agenda and display a potential to actually ACT to fight for that ideal, then you will eventually be labeled an extremist. ~ Brandon Smith,  The Truth Behind the Surge in Conservative “Extremism”

Yes, here we are folks. If you are a man (or woman) who likes to open your community meetings with a prayer and the pledge of allegiance, then you are an “extremist” in Obama’s fundamentally transformed Amerika. If on the other hand you begin your day on a muslim prayer rug and end it as part of a cowardly mob formed to strip a 70-year-old Christian woman naked, beat her senseless, and then parade her through the streets in desperate fear for her life, then you will have earned your place at the front of the line to illegally enter Obama’s Amerika…where seldom is heard a critical word of the evil you worship known as islam…and take what isn’t yours…from a people too lost to defend it. Yes I am, thank God, a proud extremist!

It’s a slow and steady boil my friends. I watch you closely each and every day as the worry lines deepen and the stress cracks form from the never-ending need to turn madness into normal. I see your crazy smile as your civically illiterate children enshrine their own demise…Ideas are more powerful than guns. We would not let our enemies have guns, so why would we let them have ideas?…for all the world to see. Or much, much worse than that…I see you feed your own children to the beast while you are slow and steadily informed that the white American male with his pocket Constitution is the greatest threat we face, which you choose to accept because…it’s the safe and politically correct position. But I, thank God, am an extremist!

The elites continue to loot the world by disguising their thievery as “bailouts”… To call the looting of a country and its people a “bailout” is Orwellian.  The brainwashing is so successful that even the media and politicians of looted Greece call the financial imperialism that Greece is suffering a “bailout.” ~ Zero Hedge, The Looting Stage of Capitalism Begins…

And the greatest madness of all has taken the greatest seat of all… “Multiculturalism” in Europe is the mosque standing on the ruins of the church. It is not the synthesis requested by Pope Francis. It is the road to becoming extinct. ~ The Gatestone Institute, Has the Pope Abandoned Europe to Islam?

I used to think Dennis Prager was right when he said that the greatest threat to America was the number of Americans who don’t understand what it means to be an American. I no longer do. I now know that the greatest threat to Americans is the sickening number of us who believe our paychecks are more important than standing up to the lie(s). Well if Jesus wants me poor, then I intend not to disappoint him. But you go right on believing that your noble self is trudging off to work to put food on the table for the good of your family. ~ Tyler Durden, “First Photos of US Soldiers in Syria Released” As for me, I’ll just continue to stew in the savory juices of my own extremism thank you very much.

My friend Matt and I run the Orange County Chapter of an “extremist” organization known as Oath Keepers. The Southern Poverty Law Center has put us on their “Danger Will Robinson” list of extremists because of our commitment to the oath we swore to defend and protect our Constitution against all enemies foreign and domestic…with our own blood if necessary, as so many generations of brave souls have done before us. In fact, the Sorros-fed Marxists at the SPLC have put out an alert to all law enforcement agencies in the state of New York to beware the radical Oath Keepers…while the soldiers of allah training in jihadist camps across Amerika like the one in Hancock, NY fly safely beneath their radar…

So while most La La-Land Americans were getting ready for upcoming graduation parties, I was composing a get-off-your-ass letter to the faint-of-heart in our own ranks:

Tonight we have an important meeting. Some of you have rsvp’d. Many of you have not bothered to respond. I cannot say for sure, but I wonder how many of you are listening to the top-down voice that tells us that our silly obsession with a worn-out, useless and archaic oath to an even more useless document is more and more a fool’s errand. When I don’t see you showing up to support the courage of a man who is putting himself on the line to restore faith, honor and integrity to public office in NY 104, or coming out tonight in support of a woman who is doing the same to defeat one the most vile, arrogant and corrupt ruling class offenders of our time, or booking your seat at the table on June 11 to send those who mean to rule you the message they need to hear…I can only assume you are not only listening to the top-down lie, you’ve bought into it. And the message you are sending them by not showing up will make their lie your reality. That I can promise you. For those of you planning to attend, I’ve attached tonight’s agenda.

My letter hit the intended mark as evidenced by the responses I received, as well as a very solid turn-out for Wendy Long, the woman running to defeat Schumer in November. But I did get this one response which reveals something very troubling in us…

Chip,     You might want to check who you sent the invites out to. I have not recieved one from you since March. It also makes it hard to attend the mettings during the middle of the week. Alot of people work in the city and can not make a week day meeting including the large number NYPD and NYFD that live in Orange County and commute to the city everyday. Trying to get back from the city during the week is impossible for us unless we are off work that day which most are not during the week.                      Respectfully…John Smith

My friend John, you see, is like most of us. He has yet to come to terms with his own extremism. He seems to have mistaken us as Kiwanians or Rotarians or some such group just looking to take up space on his calendar. He actually thinks that the six-alarm fires he gets paid to respond to are more dangerous than the monster inferno raging behind the façade of his own American dream. I know the Johns better than he thinks because I work with them every day. You can tell a lot about a person by the things they “avoid” and the lies they tell themselves in order to keep their heads down, safe within the numbers. And yet you can see it on the faces of the other parents at the graduation parties as they listen to the same old speeches about a place that simply no longer exists. It’s hopelessness. We are all pretending to be moved by the things we no longer believe in…and the eyes can’t really pull it off.

Yes, I am a proud extremist. Own it brothers and sisters. Don’t let them take it from you! Live and breathe your precious God-given extremism for life, liberty and the pursuit of happiness in your own skin…straight up and truthful in their face. Don’t let them set the tone, frame the narrative, and call the shots to rule your existence. NO PAYCHECK IS WORTH IT! It’s a longshot, as Wendy will be the first to tell you. But its right…as David himself knew, setting stone to sling in the shadow of the same giant so many, many years ago.