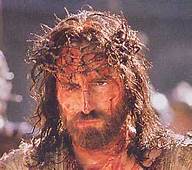 It’s in the Eyes…

Up to the time of the Fall man drew all his sustenance from God; when he fell, he lost that harmony completely; and the danger now is that although man’s spirit is as immortal as God, it receives no sustenance from God. The first thing that happened was that man became his own god, exactly what the Devil said would happen. ~ Oswald Chambers, Loss of Communion with God (Romans 1:21-25)

I wrote a song called “Honor” some years ago. It contains one of my favorite lines of all the lines I’ve ever written:

Sadly, in the last line of the song I refer to Honor as the friend “we turned away”…which might very well be the truest line I’ve ever written. Stop and think on this one thing. Think about the 44th President who was given the Nobel Peace Prize before he had a chance to warm his seat, and of all the fingers on all the triggers around our terrorized world in eight horrific years. And then think about our 40th; the way he talked…the worst of the fingers off most of the triggers in a far more peaceful world by comparison. Honor; you have it, or you don’t. And the bully knows the difference! Honor, you see, is what gives us courage to stand up to the bully…with straight talk, bold and direct. But we don’t talk straight anymore…we talk around points that need to be made so as to avoid the possibility of anyone being offended or having their feelings hurt…God it HURT to type these words!

Speaking of honor and courage, I happened upon this post wherein another leader so tragically lacking these qualities, was being dignified well beyond the limits of his own making; the Neville Chamberlain of Bishops in the face of the greatest threats and dangers of our time, Cardinal Dolan…bagman for an even greater evil.

“Cardinal Dolan joked with Father Carella that he had a mint Mickey Mantle rookie card that he’d be happy to trade for one of the saints.” The passage from Images of Sanctity which inspired my comment and the ensuing criticism from another reader:

So Dolanesque to equivocate a boozing ball-player, albeit a legendary one, with the Saints. He’d have made a better Santa Claus I think…

I think that’s a comment that could have been backspaced over before sending. Beat up on the cardinal, if you must, over his choice of dinner companions; Mr. Miner tried to inject a mildly humorous anecdote into his light-hearted, yet edifying piece. You should have let it go at that.

I appreciate humorous anecdotes but tire of good people whistling past the graveyard…Dolan has disgraced and betrayed his sacred post. Treating him as a good ole boy is classic effeminacy.

There have been plenty of stories on TCT and other blogs that provide occasion to harp on Cdl. Dolan’s deficiencies. He’s still your brother in Christ and you should have let this occasion pass by unremarked.

I’ll comment where the Spirit compels me, as I would expect you to do as well.

It seems the poor man was offended by my direct truthfulness. These men and thousands upon thousands more like them are dead or expunged from ancestral lands for the lack of it! 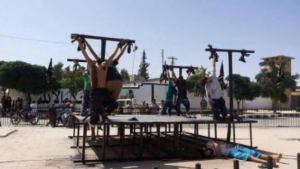 The Truth and the Lie are the two most important trains of our lives traveling 200 miles-per-hour on the very same track. One is traveling East, and the other is traveling West. The same people who’ve opened the gates to the monsters responsible for the atrocities pictured above, are trying desperately (in vain) to convince the world that Donald Trump is the greater threat. Madness!

The problem, as I see it, is that too many of us have grown into the deadly softness we see in the poor man offended by my Dolan comment. It’s as if they believe that papering over evil with “nice” will somehow make it go away…when in reality, it makes it bigger and bolder than ever. This soft weakness has permeated our entire culture. I observed it in my own circle of friends just the other night. Even though they are all standing on the tracks, they would simply rather not look. Or, put another way…their ideological blinders only allow them to peer North and South!

And what do the liars who, thanks to our softness, now command the highest offices of Church and State all have in common? They hate, despise and fear the very essence of that which makes America, America…YES 100% fact: Dolan, Francis, Clinton & Company have ALL sold their souls to the Globalist Cabal driving the Train of Lies. You can and better bet your life…

“The core value of Individualism has been the common denominator linking all other aspects of our cultural distinctiveness. It’s what makes the United States, America. Valuing the sovereignty of individuals is precisely what makes America exceptional. So it’s the culture that warrants our attention because the actual underlying disease invading the mental health of our country has arisen not from the government directly, but from the injection of destructive ideas (via Frankfurt School>Columbia University in 1930’s) into our individualistic socio-economical system.” ~ Alexandra York at the 20min mark, Socialism in America: Part 2 of 3

The monster comes like a hurricane, gathering strength from the warm waters of our indifference, apathy, appetite for distraction, and most of all…our effeminate softness. If you have not realized by now that our so-called journalists and news media who are especially good at turning storms into monsters, are in fact the conductors punching tickets on the Clinton’s Globalist Cabal Train!

My gloves are off and have been for some time. They’ve already taken the things I loved most. What about you…where is your line in the sand? How many more Melissa and Aaron Klein Families have to be destroyed before you decide to stand and “fight”?