The Sunday Morning Tune-up ~ The Restoration of “Right-Side-Up” 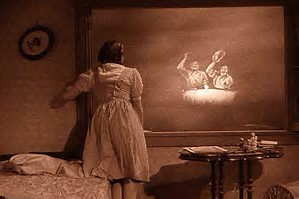 If you were to turn a sealed fish bowl upside-down, the fish would instantly adjust and continue swimming right-side-up. In January of 2009 Barack Obama turned the world upside-down in his “Fundamental Transformation” and a very interesting thing occurred. The pre-conditioned “Progressive” fish delighted in swimming upside-down, while the rest of us struggled to swim in an environment that grew increasingly foreign and hostile to us by the day. They kicked us out of fish schools because we made them feel “unsafe”, branded us as extremist whitefish, disinvited us to fish-fry’s, and passed laws that made swimming right-side-up illegal. The Fundamental Transformation was complete, and it was Global. The Progressive fish had their New World Order…

And then came November 8, 2016 and apparently, as in the UK, there were way more right-side-up fish than had been reported by the upside-down media; who’d simply had enough. They elected Donald J. Trump, and in less than a month’s time…he has turned the world right-side-up again. Here is where the story gets very, very, interesting.

The Progressive fish are still swimming upside-down! They’re in complete denial that the world is right-side-up again. Progressive “Law-Makers” publicly confess to their own law-breaking…while Progressive Fish School “Professors”  prove (VERY publicly) that the need for “Rubber Rooms” in public education is a very good idea after all!

This is the Sunday Morning Tune-up, so I need to bring it all home…When the Son of Man comes in his glory, and all the angels with him, he will sit on his throne in heavenly glory. All the nations will be gathered before him, and he will separate the people one from another as a shepherd separates the sheep from the goats. He will put the sheep on his right and the goats on his left. ~ Matthew 25:31-33

At some point, even the more stubborn fish among us will realize there on the bed, that there’s something awful fishy about flying cows, witches on broomsticks, and men rowing by your window in bathtubs. And that is exactly where Navy Jack comes in! He has turned muddy brine into crystal clarity and re-oxygenated the water with the truth that ALL fish need in order to survive. His bottom line warning to all upside-down fish: “You are doing the dirty work for the Globalists and will be cast aside the moment the battle is won or lost.” ~ “Insurrection!”