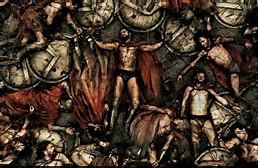 “The Globalists want you to give up your soul, turn over your life source, and die.” ~ Alex Jones

During Pastor Craig’s sermon this past Sunday he used the old line “Sticks & Stones will break my bones but words can never harm me” to help make his point of “Pride” and the “Cost of Communion”. Our parents lied to us, he said, making the point that those words really did hurt like hell when we were kids…going on to compare our pride and pain to the humiliation, degrading, mocking and agonizing death suffered by Jesus on the cross. By the time he (Pastor Craig) got to the cross, I was still stuck on the sticks and stones. I found myself alone in my thoughts wondering, whatever happened to the “sticks & stones”? Cost of Communism, came the soft reply.

Wisdom elevates last week’s SMTU opening St. Damian’s quote about “clinging to the fear of being stripped of earthly possessions” to a loftier throne when considering one’s own life as the ultimate earthly possession. Of course there’s quite a stack of baubles from our favorite pen and first car to one’s own life. The issue, as suggested by the term clinging, is attachment. The question becomes, mid-Lent, what would I give up my life for?

In the movie 300, King Leonidas and 300 of his best warriors give up their lives to defend their homeland from the massive Persian invasion. To them, honor and freedom are more precious than even their own lives. In one of my favorite scenes, Leonidas’s soldier joyfully describes his imminent sacrifice to an allied Greek soldier who is anxiously entertaining second thoughts, as “a beautiful death”.

Speaking of invasion…Did you know that Jeffrey P. Bezos owns a very heavy piece of Anti-Trump Artillery known as the Washington Post? Did you know that the CIA recently awarded his company Amazon with a $500-Million-Dollar Contract? Does the “Vault 7” revelation mean anything to you? If you answered no, no, and no, go back to sleep. If you answered yes, no, no, you may wish to continue reading.

The battle raging in the Deep State isn’t just a bureaucratic battle – it’s a war for the soul, identity and direction of the nation…according to Charles Hugh-Smith OfTwoMinds

Our culture war is the Persian invasion. Obama is the reincarnation of Xerxes. He has no intention of retiring to his ranch to paint. The Globalists are the Persian Army, and they are inside the gates. Gates that were opened by Clinton, opened wider by Bush, and nearly destroyed by Obama with the help of traitors like McCain and Brennan…they came so close. Speaking of Gates…ponder the “Global” influence of one Bill Gates. Yes, when you consider the corrupting aim and influence of pop culture, the unaccountable power of the Fed and the world’s central banks, all in collusion with the 4th Estate and yes…even the Vatican, the Persian Army seems a trifle. And, as Alex Jones points out up top, they don’t care about your race, religion, national origin, ethnicity, disability, sex, gender identity, sexual orientation or respect! They are after you, your soul, and your life source. In fact, they are already crushing you…you just don’t realize…you’re not dead…yet. They are still busy corralling us:

Whether it’s your first time using (any business) or you’re one of our original (customers), please commit to respecting and including everyone in the (any business) community.

I agree to treat everyone in the (any business) community – regardless of their race, religion, national origin, ethnicity, disability, sex, gender identity, sexual orientation or age – with respect and without judgment or bias.

Progressive-Liberalism is ideology turned religion. It is the worst attachment of all because it demands blindness. It becomes your favorite flannel shirt. We’ve all heard the horror stories of the Highway Dept. crew member whose favorite flannel shirtsleeve gets caught on the branch that pulls him/her to his/her death in the wood-chipper.  Progressive-Liberalism is that same shirtsleeve. The wood-chipper is the reality of death. We all die. The question becomes which death will I choose; the Beautiful one, or the Blind one?

Finally, a beautiful death takes many forms. The evil of Xerxes exists in our personal relationships; friendships, partnerships, and even marriages. Imagine finding yourself attached in love to the person whose very own life source is nourished and maintained by the depletion and destruction of your own. I can tell you, it is possible to experience a beautiful death…without dying. And the most beautiful life that ever lived did just exactly that!

“Every man dies. Not every man really lives.” ~ William Wallace