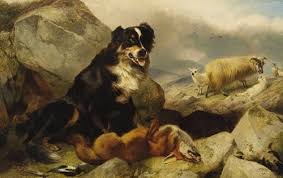 Ultimately, if we do not subject ourselves to the natural and Divine positive law we will be subjected by force under the boot of a diabolically inspired human tyrant. ~ Ann Barnhardt, Go not Softly Into the Darkness of Self

In case anyone hasn’t noticed, the likelihood-of-civil-war-meter-needle just thrust deep into blood-red this week with the dark forces of Sauron launching its epic no-holds-barred assault on our most essential bulkhead of Freedom; the 2nd Amendment and its institutional defender, the NRA…with nothing mind you, but an orchestrated pack of lies by poorly acted theater-puppets. Lenin referred to them as “useful idiots” almost a century ago to the day.

In our area, Sauron’s Orcs go by the name “Strauss Family” who publish the lies and mislead the public across the pages of their local weekly “fake news” papers. While one of their reporters had me on the phone attempting to draw me into a hit piece on the Orange County Oath Keepers I happen to co-lead with a retired Middletown Police detective, her editor was threatening the St. Patrick’s Day Parade Committee with staged demonstrations if they allowed our members to march in this year’s parade. Why, you ask? Because, according to the Strauss Family, the same Oath Keepers who support our military, law enforcement, and first responder community by reaching, teaching and inspiring them to uphold their oaths to the Constitution…the very same Oath Keepers who spent the past year sacrificing to put boots on the ground in Texas, Florida, and Puerto Rico to come to the aid of their fellow Americans and hurricane victims…are a “Hate Group”. Imagine that.

We are in the era of new language aren’t we. Hate Group, Social Justice, Political Correctness, New Normal, Climate Change…all nice sounding new age terms we lived very happily without for the first two hundred years of our existence…before Sauron had a grip. But Hate Group begets Social Justice begets Political Correctness begets Hate Laws begets New Normal begets ACCEPTANCE of one of the most intellectually absurd terms of all; Climate Change…which, like every other Sauron trick including his red-hot Gun Control, is all about fencing in the sheep. Like one senator said this past week, “We don’t need gun control, we need idiot control.” Actually, from my point of view, what we the people really need is Wolf Control…which brings us back to our real need for Sheepdogs and moral virility.

A sheepdog’s best tools (other than the AR-15) are discernment and critical thinking. Take the Las Vegas Massacre and recent Parkland Shooting for instance. The sheep look up from their comfortable green pastures to read the reported news of the events with no change of expression, and no interruption in the cadence of their chewing…just like real sheep in real pastures when the trains go by…they’ve grown accustomed. The Sheepdog sees the same events with a different set of eyes and notices what former CIA operative/analyst Steve R. Pieczenik refers to as “The Apocalypse of Information”, and realizes the Wolf is near.

Going back to the Strauss Family Orcs for a moment. If you pick up a copy of the Warwick Truth-reviser or the Crock-nicle, you’ll find no sign of the Wolf in any of its pages. Its really more of a literary sleeping pill. You will read all about nice…nice people quilting, doing nice sustainable things, nice community 2gether things, and nice community 2000 vision things, nice repair café…nice inclusive people being nice…until you get to the opinion pages where you read all about the very bad guns. Now the Sheepdog picks up the very same paper and reads it with a different set of eyes, and he sees Nice Roger. The Sheepdog sees Nice Roger and notices the man who came out of nowhere 7 years ago running all the nice things…the sustainable things, the community 2gether things, the community 2000 things, and even the repair café…and he realizes the Wolf is near.

The Apocalypse of Information is like a dense blanket of fog that moves in to cover the pasture to effectively obscure both Truth and Wolf from view. It just occurred to me that Hogg rhymes with fog, but I digress. The point of moral virility goes to the heart of the Parkland shooting and specifically those deputies who did not go into the building where they heard children being shot. There can only be two reasons for this. Either they were afraid to go in, or they were following orders to “stand down”. There have been a number of public figures this past week, who’ve said, after the fact, they’d have run into that building. I myself wonder about us, how in the world most of us who won’t bother to stand up to defend truth in the public square, would somehow find the courage, the moral virility and charity of heart to actually risk their lives and run into the gunfire to save children…even if it meant ignoring the absurd order not to.

This all comes back to a convergence of the Barnhardt quote above with the Koukl quote from two weeks ago; “The world was entrusted to man, but the deceiver took it away and now rules instead. A man must war to win it back again. A foul master has made men into slaves. A free man must fight him to set them free. And so, as foretold, the Seed of woman—a genuine being like ourselves—must do battle with the Snake.”

There is no more middle. You are either on the side of truth, or you are working for Soros/ Sauron, the very Snake himself. There was another time in the history of man, remarkably similar to this one. God punished the arrogant pride of the ancient descendants of Noah with a fog of language. This time he punishes us with a fog of information. The Apocalypse of Information is the modern-day Tower of Babel that only fools and the chronically un-informed could possibly miss.

The Sheepdog knows that behind the mask of nice there beats the heart of hate…because the Sheepdog looked into Roger’s eyes, and he was unable to hold the gaze. I tried to have a civil conversation with a Trump-hating friend over dinner last weekend. I tell you truthfully, he became so enraged five minutes into the conversation, I believe he would have stabbed me had he a steak knife instead of a butter knife. Rush made the comment just this past week on his show, “How do these people manage to live their lives 24/7 with such pure hatred, and not go insane?” How much hate is in the heart of a newspaper publisher to make them lie about an organization dedicated to helping others and preserving our freedom?

Maybe it comes down to a tale of two counties in Florida. The Parkland shooting tragedy occurred in the blue county of Broward, where the Obama/Holder policy known as “Promise” had been instituted, essentially corrupting justice to achieve racial quota goals…reverse-profiling you might say. The payoff in political favors and grant money was significant. Just two counties over in red Polk County, Sheriff Judd is arming and deputizing teachers. Where is the moral virility and charity of heart? Is it in the county that corrupted itself for political power, and put money and self-interest (narcissism) before the safety of its children (Did you know Sheriff Israel drives a Lamborghini?)? Or is it in the heart of the Sheriff and public officials in Polk County who clearly put the safety of their children, and the public trust first?

Fog or no fog, we need to check our own moral virility and expect the unexpected. How will I save a life if I’m not prepared to risk a promotion, my job, or not being “liked”? The shameless Strauss Family trotted out a young 8th grader to plead for our guns and asked for our opinions. I guess mine was not the response they had hoped for, as they chose not to print it. Analiese makes the point that what happened in Parkland can happen in Warwick in her response to me but chooses to remain in the fog…where public education has guided most of our children, I’m sad to say. The fact is that discernment, critical thinking, and the grace of God will determine whether we are Broward, or we are Polk.

Please join us on Wednesday March 14 as we gather in the public square provided by the Albert Wisner Library at 6pm to present our 2nd in the Common-Sense-Warwick Series, “School Shootings vs. Our 2nd Amendment Rights” moderated by Jason Wendell. www.oathkeepers.org