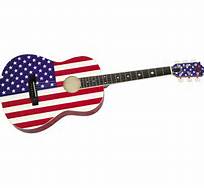 The CPAC “Conservatives” will gather in Washington this week. The official schedule of events opens with Ted Cruz on Thursday and closes with Sarah Palin on Saturday. This will be my first CPAC conference though I’ve stood up in Washington with Tea Party Conservatives who have never been afraid to let their true colors show, on more than one occasion since September 12, 2009!

I have been especially honored by my friends at Big Dawg Music Mafia who’ve asked me to be one of the many Big Dawg artists who will be performing over the course of the event. As it stands right now, I am scheduled to actually kick off the event by serenading folks at the registration booth at 7:00am Thursday morning while my vocal cords are still asleep…so please pray for me. Then at 10:32am I follow former UN Ambassador John Bolton’s remarks on the MAIN STAGE in the Potomac Ballroom, preceding Congressional Candidate Dan Bongino’s remarks! I play another set at 2:00pm in Exhibit Hall B&C, and a final 11:00am set the next morning in the same Hall.

There are some things I would love to say when I’m on that main stage following Ambassador Bolton, but since I will only have time for two songs there, I will try to say them here…

First, I would step up to the microphone and after thanking Lisa Mei, Lisa Day and fella cracka Andrew from Big Dawg, I would look out into the faces and ask everyone to imagine our world had it been President John Bolton honored with the Nobel Peace Prize instead of Barack Hussein Obama…reminding them that we Conservatives have this funny habit of earning things before receiving them (which would be the perfect set-up for my first song Ode to the Welfare State).

After the thunderous applause subsided I would point out that my shabby threads are due to the fact that there isn’t much of a market for Conservative singer-songwriters where I live in New York. In fact our own governor just asked us to leave and go sing our songs somewhere else! So when Lisa asked me to come to Washington, the timing was perfect but I thought to myself, “I don’t really understand the language here anymore…so how will they understand me when I sing to them?” “What do you mean?” my imaginary audience asked. “Well” I said, “It wasn’t Harry Reid who called Obama a patriot, it was Bill O’Reilly! And it wasn’t Nancy Pelosi who referred to Hillary Clinton as a great role model, it was Lindsay Graham!” “So?” the audience responded. “So to most Americans I know, this isn’t the language of honor, courage and integrity…but the biting sound of capitulation, appeasement and surrender! When we marginalize and demonize Conservativism, the world goes to Hell! This isn’t rocket science people!”

And if I had two seconds alone with the Honorable John Bolton in the Green Room, I would quietly and respectfully ask him how the same NSA he so passionately supports that has been so effective at taking out Conservatives with laser-like precision, could have missed 9/11 and the Boston Marathon Bombings? But what do we know…we’re just a bunch of Big Dawg Conservatives searching for the America that once was.        😉