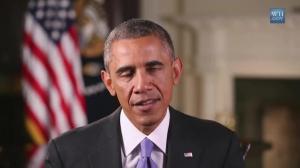 How did we expose ourselves to this?

The biggest liar in the room is the person who’s “never lied.” We’ve ALL lied about one thing or another over the course of our mortal existences. We’ve even lied to ourselves! In fact many of us have had the uncomfortable experience of lying to protect the original lie. I use the word uncomfortable because the subsequent lies are always a more conscious event than the original, so we’re that much more aware we’re doing something morally wrong. The very best of us are flawed I’m afraid…it’s, as they say, “part of being human”. It’s also where the saying “live and learn” and words like “redemption” come from.

“Credibility is like a reservoir or a bank account. You make deposits in good times so you can make withdrawals when you need them.

Obama never made the deposits. It’s been all downhill since Day One. He blames others for failures, and when cornered or ambitious, reaches for a lie. Routinely.”

Not exactly the ideal character reference, I’m thinking! And this is the President…the top dog…the main honcho…the big cheese! But there’s good news and bad news. The good news is, everybody knows. We Tea Party Conservatives have known from Day One. The rest of the Republicans figured it out shortly thereafter. Michael Goodwin, a life-long Democrat, has been on to him for some time. Democrat candidates realize they can’t afford to be seen with him, and those who don’t know any better lose half their Democratic audience and likely voters when he shows his face! The bad news is… everybody knows!

“Everybody knows” in the political world translates to “weakness” cubed…squared…to the tenth power!! What ally in their right mind would place a “smidgeon” of trust in the man who looked directly into the cameras and denied the “smidgeon” of corruption from the very epicenter-vortex of over two dozen major corruption scandals…and counting! And our enemies? They are circling us and the dissed friends who once relied on us like a pack of wolves who haven’t had a good meal for 238 years…

But it’s even worse than that I’m afraid. Goodwin’s use of the word “Toxic” is most appropriate. Webster defines “Toxic” as poison! Think about the havoc a tiny splinter can wreak on a finger or hand left undetected for a couple of days. Obama is embedded in the very brain of the body politic of America for the next two years, two months and eleven days!

Take a long hard look at the face in the picture above and imagine you are the desperate refugee relying on “Humanitarian Aid” from him…or the parents of one of the 3,400 troops he’s just dispatched to the Ebola Hot Zone with very little training and even less protection! And here we are after 240 years facing the greatest Constitutional crisis in our nation’s history, literally on the verge of flat-lining after 6 years of exposure to the deadly Obama virus. He’s reduced the fearless roar of a free press to a fawning whisper. He’s purged our military of leaders and replaced them with yes-men. He has divided and separated us from one another. He has ushered in the Age of Tyranny in Coeur d’Alene, Idaho by forcing American clergy to violate their conscience and surrender their religious freedom…or go to jail! This on the heels of the Houston pastors being subpoenaed!

Now think of how the human body responds when threatened by a deadly foreign invader. The same intelligence that created the most effective and efficient natural system of defense to protect the human body from disease is the very same intelligence the Founders credited for devising a governmental immune system designed to protect man from himself!

Its last hope is to fool the healthy cells into thinking that it is one of them… http://www.breitbart.com/Big-Government/2013/08/28/Coretta-Scott-King-in-1991-Hold-companies-accountable-for-hiring-illegal-aliens

…while he betrays them by weakening the body’s defenses and clearing the way for the alien invaders. http://www.breitbart.com/Big-Government/2014/10/19/Exclusive-Obama-Admin-Quietly-Prepares-Surge-Of-Millions-Of-Immigrant-IDs

Oh, what a tangled web we weave…http://www.nytimes.com/2014/10/19/us/in-black-vote-democrats-see-lifeline-for-midterms.html?_r=0

But the virus is not God! In spite of the most elaborate scheme to pass it’s self off as a normal healthy cell…the body, while slow to respond, cannot be fooled. The body’s complex immune system of antigens, anti-oxidants and white blood cells are fully engaged to repel the foreign invader…

Two weeks and counting! At the end of the day, the ultimate question is this; does the patient have the will to live? Is the patient willing to do some serious soul-searching, reexamine their life and make some healthy changes? It’s not enough to walk out on the virus in Maryland if we don’t go back to our homes and ask ourselves how we made the disastrous mistake that allowed A Toxic President into our lives in the first place!

Can you imagine how your life would be if the cellular citizens of your body behaved as the citizens of our country? How would it be if the red blood cells resented the white blood cells and the tendons hated the bones and the muscles wanted to be fed without working and none of them trusted the brain? You would die!

So it is with us. We are so much more than left, right, liberal, conservative, republican, democrat, white or black. We are Americans endowed by our creator with inalienable rights…and purpose! Isn’t it about time we take the cure and learn to live again?