Senate Cajones? Our Southern Sieve, & Hil-arity ~ The Good, the Bad, and the Ugly! 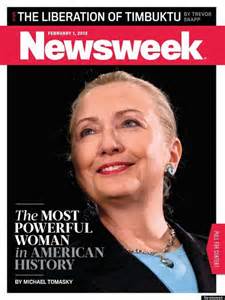 Call me a naïve optimist, but I believe any sign of senatorial spine in a body that otherwise appears protozoic in its ability to stand up to a power-mad Executive Branch is…something. It seems our Supreme Leader and their Supreme Leader are the only two people on the planet who think this deal is anything other than one great big deadly fart cushion!

I don’t know. I keep hearing about this “new normal” everywhere I turn. From political pundits to economic prognosticators…we survived 230 plus years without hearing the term, and now it’s all we hear for the past six years! Personally, I believe “new normal” in beltway doublespeak means “the terms of our surrender”, but what do I know…I’m only a free and independent thinker. So at the end of the day, whether we are truly witnessing senate cajones in bloom alongside the cherry trees this spring, or a “new normal” exercise of standing before caving; only time will tell.

While we’re on the subject of “new normal”, how about borders that aren’t? Yes that’s right! And all along the borders that aren’t are flashing neon signs that read “Free Healthcare!” “Free Education!” And “Free Whatever Your Democrat-voting Heart Desires!” Oh…that is not “new normal” enough to suit your Progressive fancy? How’s this… “Welcome to All Islamic Terrorists!  The IRS Has Tenderized the Infidels Before We Disarm Them…You May Find Some of Them a Little…Chewy Yet”

She’s a WOMAN! ~ The only possible response the Hillary for President “I want to be your Champion” Campaign Team has when hit with “What has she accomplished?” After some thought I’ve concluded that is something of an accomplishment for a brutal mass of carnivorous ruthlessness to come anywhere near close to passing for a lady! Just ask those tasked with her security over the decades…

Hillary is every bit as pathetic a caricature as Harry Reid without having had her facial features reconfigured…by “a treadmill”. If you google “images of Hillary Clinton” you will find the multitude of faces struggling desperately and unsuccessfully to find themselves for the past thirty years! Think about it. The “every day people” she claims to “champion” for are forced into “lockdown” because fake stands out in a room of real people! Could it possibly get any uglier than that?

1 Response to Senate Cajones? Our Southern Sieve, & Hil-arity ~ The Good, the Bad, and the Ugly!