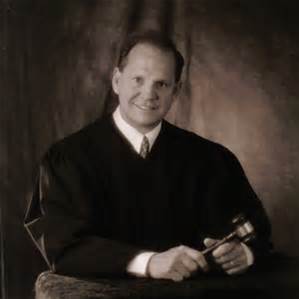 A Question of Moral Authority

Have you noticed lately how it is becoming nearly impossible to watch TV without the constant drone of anything-and-everything-goes sexual messaging. Grey’s Anatomy has become one colossal sex-capade with an occasional medical procedure thrown in the mix for good measure! And yesterday I happened to watch part of an episode of Law & Order where a female art gallery owner was stoned to death. Here the writers/producers set us up to expect it was a radical Muslim who did the killing, offended by the artwork she displayed. Only they write a fanatical Christian Terror Brigade into the villainous role instead, making the son the executioner of his own mother…to save her soul. Good Sunday Morning Dear Friend!

Before Our Very Eyes

I understand that these shows are produced for “entertainment” purposes, but is this really entertaining? Our moral compass certainly seems to have been re-calibrated, in my opinion, as programming has devolved into sexualized and violence-ridden episodes that seem intent on portraying Christians as zealous and crazed Bible-thumping wackadoos. This 24/7 streaming agitprop crap is everywhere. I think they must have a transgender quota on Chopped! Meanwhile in the real world, on the very same day the Law & Order Christian Terrorist episode aired, a Muslim son publically executed his own mother in Syria for “Apostasy”. And this, the day after a Philadelphia police officer was ambushed in his patrol car by another Muslim son pledging his allegiance to ISIS during and after the crime…followed immediately by the Mayor of Philadelphia’s cowardly cover-up, “The shooter does not represent Islam!”

So while Christianity is being demonized, making it more palatable for the average American to accept the persecution of Christians before their very eyes; Islam is officially sanctioned and protected by the State. Any Muslim offender foolish enough to be caught or killed is instantly written off as workplace violence…while the media searches desperately for the next angry white male incident to sensationalize.

A friend sent me this article about a family in Norway who had their children seized by the State because they were being raised as traditional God-fearing Christians. Some of you will read this and think to yourselves this could never happen here. But I would simply say, there are already plenty of incidents of Social Services over-reach and intrusion into the lives of American families across the country. And I would add, the stage is set for a far more aggressive approach…especially in the case of families possessing, shall we say, more maverick-like tendencies who reject the pastures of modernism and the lures of “social norm”.

Think of all of the tinder-box trip-wires across America at this very moment. Whether or not you agree with Ammon Bundy’s stand in Oregon or not, there is the underlying question of moral authority…and a nearly civically illiterate society capable of making that determination. BECAUSE the Truth of their history and founding has been stolen from them. Please pass this forward:

Constitutional attorney, author and public speaker Kris Ann Hall, who is spending a great deal of her time traveling America to speak to young people about the Constitution, gives us nine minutes about a situation taking place right now in America that is vitally important to Free People everywhere.  Land management and property rights according to the Constitution. Don’t miss this opportunity to wake up to Truth!

And what do you know! Down in Alabama, a certain judge has taken a stand against the very same over-reaching government attempting to dictate authority where the legal authority does not exist. God Bless Alabama Supreme Court Justice Roy Moore!

As those in power are eventually discovered for the hucksters and frauds they are, more and more Americans are waking up to the true moral authority in their lives, the rights they forgot they had, and the power they possess…to the panic and horror of the establishment! Or have 20% of Democrats gone over to the Trump side for a chance to fly in his helicopter? Hmmm?

We are at critical mass my friends. It is time to be careful, mindful and vigilant. When evil is backed into a corner, it will do whatever it has to in order to survive and maintain its grip on power. Obama desperately needs a trigger. Don’t let it be your finger that squeezes it. They are hanging themselves before our very eyes.