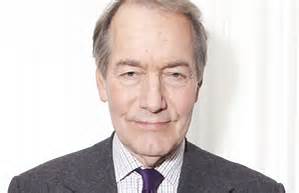 No Joy in Mudville

To understand where we are as Americans today, I believe you need to first understand who we’ve become…to a man. Look a courageous man (if you can find one) in the eye, and then look a coward in the eye, if he can hold your gaze long enough. Among other things, you will see self-respect in the former, and self-loathing in the latter. The eyes are indeed the window to the soul. Just the other day we happened to have CBS on in the morning, and I had to freeze the shot of Charlie Rose after noticing how absolutely stone dead his eyes are…

I’d like you to think about something for a moment. My Liberal friend and I were discussing movies we wanted to see the other day. “Spotlight” was at the top of both our lists. Surprised, knowing my Catholic heart, she said to me “You do know what that is about don’t you?” And I said, “The truth is the truth.” But our exchange made me think…

It forced me to ask myself the following question. What kind of society holds the Catholic religion fully responsible and accountable for the actions of those who violate the tenets of their faith by sexually abusing children…while refusing to hold Islam accountable in any way whatsoever for the actions of those who sexually abuse children, rape women, and murder unbelievers in the name of their Allah each and every day? Answer ~ A Self-Loathing Society!

And then I thought about Europe, where women are told to stop being so attractive in response to Muslim rape gangs; and Jews are advised to stop wearing yarmulkes in response to their being attacked by the same invading hoards for being Jewish…and I realized European Society has moved from self-loathing to suicidal!

Think of this insane chain of “Religion of Peace-Related” events in just this one week:

No Self-Respecting Society(s) is capable of such mind-numbing madness. Those who come the closest to identifying as real MEN are too busy clutching their pensions to “get involved” or stand up and speak out…as they slowly, subtly, softly and stealthily cull the mavericks from the herd.

Stealth jihadists have been perverting our textbooks for some time now. No defense was undertaken by the Department of Education. Kudos to Assemblymen Brian Curran and Dov Hikind. “Bill to end anti-Semitism in New York classrooms” Israel National News, March 4, 2016: NY Assemblymen launch new bill creating a textbook commission in NY state, blocking pro-Islamic anti-Semitic materials. New York Assemblymen Brian Curran (R-Lynbrook) and Dov Hikind (D-Brooklyn) recently held a press conference with education activists to discuss their new bill banning anti-Semitic textbooks in the state. The bill prohibits textbooks and materials that redefine the roles of Jews as well as Christians, African Americans and other racial groups in American history. In order to do so it will create a state textbook commission to regulate instructional material for New York state elementary schools. ~ #ShariaNoGoZone!

It occurs to me in this eleventh hour, in the waning moments of Western Civilization that the greatest enemy of mankind…of peace…of virtue…of our own precious freedoms and liberties isn’t the followers of Islam, as any rational observing mind would want to believe. They are only pawns just like the rest of us. The Establishment has brought this all on, deliberately and intentionally, to feed its own insatiable lust for power and control. If it is ever to be stopped, the time is now! Every single man, woman and child reading these words has a part to play at this moment in time. Self-Loathing or Self-Respect? It is ALL up to us!

There is NO way the Establishment will cede its power to Donald Trump! If he does not get to the delegate count he needs, look for the brokered convention. The Establishment Republican will pray for Rubio or Kasich over Trump, would vote for Hillary over Trump, and would ultimately keep Obama in power to prevent their own undoing. If Trump gets the nomination, there will be “an event(s)” that will give Obama the moment he needs to lock it all down through martial law. Any hope, if there ever was one, of returning to the constitutional republic we once were will be lost for good. In any scenario above, individual liberty and freedom are toast! Unless…

One great thing to notice is that God’s order comes to us in the haphazard. We try to plan our ways and work things out for ourselves, but they go wrong because there are more facts than we know; whereas if we just go on with the days as they come, we find that God’s order comes to us in that apparently haphazard way. The man who does not know God depends entirely on his own wits and forecasting. If instead of arranging our own programs we will trust (as we once did) to the wisdom of God and concentrate all our efforts on the duty that lies nearest, we shall find that we meet God in that way and in no other. When we become “amateur providences” and arrange times and meetings, we may cause certain things to happen, but we very rarely meet God in that way; we meet Him most effectively as we go on in the ordinary ways. Where you look for God, He does not appear; where you do not look for Him, there He is—a trick of the weather, a letter, and suddenly you are face-to-face with the best thing you ever met. This comes out all through the life of Jesus Christ; it was the most natural thing for Him to go through Samaria. (Glorify) ~ Oswald Chambers

File this one in the “There are no accidents” file: Yesterday my friend Glenn, who recorded and played the piano and drum tracks on a song I wrote four or five years ago, asked me to send him the link. I hadn’t listened to it in a while, but it fit so perfectly in this place we find ourselves…trying to make sense of Oscar after-hour parties with Lavoy’s blood still fresh on the ground…“Just When You Think”
Support your local Oath Keeper! www.oathkeepers.org

2 Responses to The Sunday Morning Tune-up ~ Self-Respect or Self-Loathing?