The Sunday Morning Tune-up ~ The Plumb Line of Grace 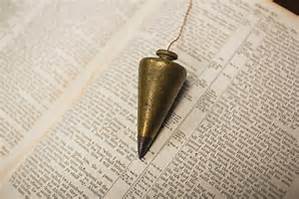 The Faith…to get back up again!

Behold, I am setting a plumb line in the midst of My people Israel. ~ Amos 7:8

One doesn’t have to be a builder to know there would be no building without levels, plumb lines, and squares. Certainly not something worth investing in, or living in. Loving the metaphor as I do, the Amos 7 verse is one of the richest, sweetest and truest I’ve ever read.

The plumb line is simply a string with a pointed weight on the end, used to indicate the vertical “true” center from top point to the bottom one. Metaphorically, God reveals Himself through Amos as the top point providing the true line (morally straight) to the heart (center) of Israel. Though the exchange between God and Amos was harsh and heavy with judgment, God’s warnings are carried by the intention of grace and mercy. This is how and why disciplining children is one of the greatest signs of a parent’s love.

The nearly complete and total rejection and departure from the plumb line set for us by God has become so shockingly apparent, one can only observe the daily stream of mounting evidence with a sense of numb helplessness. If we have not become a nation of people who tolerate, accept, and reward those who LIE,  CHEAT, and STEAL, then why on Earth would we ever elect such a person to the highest office in the land? “The Clinton Foundation is a charity fraud of epic proportions” according to Charles Ortel, a highly respected Wall Street analyst who would know. The sitting President is as far from being a STRAIGHT SHOOTER as I am from being a sitting President. And our filthy mass of rot is a total TOP-DOWN disgrace! Wells Fargo, one of the oldest and most prestigious firms in our country…5,300 reps…2 million fake accounts!!! How do any of us (mindless NFL stars excluded) who love our country bear this?

Talking to a friend I work out with the other day about our sad state of affairs, I told him I didn’t know how people without faith in God are able to handle it. He replied that he was not able to accept that God exists “intellectually”. I guess to the extent he is not alone in his belief; it would certainly explain our free-fall. If we don’t believe in God, why would we believe in or follow His plumb line? The fact is that we, as a people, have been rising and falling in our faith ever since the beginning…that very first Fall, remember?

Falling, it seems, is just a very normal part of living life as the flawed beings we happen to be. The most important thing is what do we do after our fall. I was always coached as a kid by those I loved and respected most to get back up. One of the most powerful stories and examples of this can be found in comparing the lives of two great men. King David and his predecessor King Saul both deviated from God’s plumb line. It’s hard to find a greater and more faithful man of God than David was. But it is also hard to find someone who sinned as greatly. The incredible story of his great sin, cover-up, condemnation, repentance, healing and restoration is story every single one of us should re-visit, read and read again. Because in it there is hope for us.

The remarkable thing to me is that although David’s sins were much greater than Saul’s, David ultimately found healing and restoration, while Saul found only torment and misery to the end of his days…all for lack of his willingness to turn back to the plumb line and repent.

There will always be the Bathsheba to distract, but if a man is patient, wise and strong enough…he will find the good woman to make him a better man.

The greatest gift a woman brings, the better man to be

The measure of his love for her, is the tallness of his being

In all the world and all the days, when all the songs are sung

The want to be a better man, is what her love has done.