The Sunday Morning Tune-up ~ Straight from the Cow 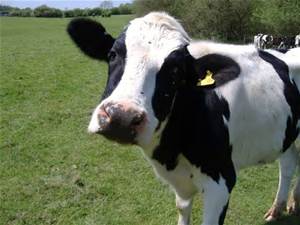 “It is not a question of right and wrong, but a question of God taking you by a way which in the meantime you do not understand, and it is only by going through the confusion that you will get at what God wants.” ~ Oswald Chambers, Pay Attention to the Fog

I wrote the following comment on the TCT Facebook page in response to David Warren’s Whose Side Are We on?:

I liken what has happened to our Church over the past 50 years, as Mr. Cush points out, to milk. 100 years ago, when there were a lot more local farms and farmers, we all drank real milk. We were arguably healthier with stronger bones. Today we’ve essentially diluted the essence of milk down to 2% and 1% versions that are more white water than milk. After a while, how many of us actually “believe” we’re drinking milk anymore? Most of the farmers I know are continuing to get theirs straight from the cow. It sure would be interesting to compare the arthritis statistics of today with those of 100 years ago. I digress. The choice Mr. Warren presents in the last paragraph of his excellent piece reminds me of the words of Ronald Reagan when he too was forced to choose as a matter of conscience, “I didn’t leave the Democratic Party. The Democratic Party left me.”

Do you remember when we were children playing children’s games? Remember how we separated into teams with the team captains taking turns picking from the rest of us based on who was bigger, faster and stronger. Now that we’ve put aside childish things, I value wisdom and integrity above all else…as a captain and a player. We are living in dangerous times because we are led by captains who pick their teams based on ideology, fear and greed. We are led by fools who rule over chaos by design. David Warren’s TCT article holds the Pope’s Amoris Laetitia up to the light of day for the fool’s errand it is for the very reason, as he points out, it forces us to choose between the Pope and Jesus Christ Himself! Read the TCT FB comments and you will sadly see, the Liberal mind wanders left while the Conservative wisely recognizes no choice in the matter. It is impossible to understate the danger and the tragedy here, as we watch our friends and loved ones foolishly march to the cliffs…

Why were there more Trump signs than Hillary signs in the heart of Hillary Country? Because a totally hijacked Democratic Party was put in the impossible position of defending the indefensible! NONE of my Democratic friends could or would stand up to defend “Safe Spaces” for “Snow Flakes”. They could only sit in silence, pretending they don’t exist. How pathetic is that? And far worse than that…not only does such a person “willingly” silence themselves, they lock up their own intellect. Because if it were to remain free to think, it would realize that IF everyone sat with them in silence, we would ALL lose our freedom!

And all of this because the generation that was fortunate enough to get their milk straight from the cow, passed the torch to “A generation that has never been told ‘no'”. This is WELL worth the watch! Choose wisely…