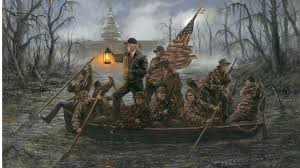 Create in me a clean heart, O God, and put a new and right spirit within me. Cast me not away from thy presence, and take not thy holy Spirit from me. Restore to me the joy of thy salvation, and withhold me with a willing spirit. ~ Psalm 51:10-12

I had started the week with the SMTU title The Cleansing of Church & State…and then realized we first have to cross a swamp far bigger than any of us imagined, and then drain it of a much more nefarious and dangerous breed of swamp creatures than anyone even knew existed.

The above passage from Psalm 51was just a portion of David’s “Hit-the-Wall” moment of surrender…his admission, contrition, and full-throated move to supplication and redemption. It was posted by one of my favorite Catholic writers Father Schall in the wake of the Vigano “bombshell” 11-page letter that ripped open the very top floor of the Catholic hierarchy to reveal it for the rotting den of homosexuality, pedophilia, sex-trafficking, extortion, and blackmail it has become…or “Bathhouse” as described by Barnhardt…our Joan of Arc, as I like to call her.

At this very moment in our lives on this planet Earth, it would be a good idea to stop and consider what is happening here as OUR David moment. David’s worst sin, immortalized by one of the most covered songs in history, pales in comparison…and it included murder. David in his worst moment is a lily-white saint next to this slithering nest of vipers. Now its easier to understand how our corrupt-to-the-core Catholic NY Governor can support late-term abortion without fear of “ex-communication”, eh Cardinal Dolan? And then we have the breed of viper who wear suits instead of robes who’ve just produced, scripted, and choreographed the McCain and Franklin funerals as one giant Trump Hate Festival. The ONE man, by God’s grace, standing up to them.

My friends, hear me. We all reside in the swamp…of our own making. WE…my friends…are in failed marriages that pull US from OUR faith. We send OUR children to schools that teach them God is a pill for stupid people, while forcing them to respect Sharia. WE depend on positions of employment that incentivize US away from OUR faith. WE are in bad relationship with a government that targets US for OUR faith. To pretend otherwise is a foolhardy slow walk to an early grave. And we are now learning that the SS/Gestapo/Stasi-arm of the Deep State Tech Giants are not only banning, censoring, and de-monitizing patriots, Conservatives, and Christians…they are implementing the Chi-Com “Social-Credit” system of totalitarian population control. Imagine a future where you would be denied a passport, gun permit, and/or bank withdrawal because of a low social credit score because you failed to use the proper pronoun in transgender-related communication, or you committed a micro-aggression. That future will be our NOW if we don’t successfully and finally clear this God-forsaken swamp. Which means WE MUST win the Mid-Terms. I heard or read that we have a 60% chance of doing so. That’s not good enough, but how do we increase our chances with so many of us still half asleep…or behaving as though we are mere observers or audience members in the Play of Our Lives?

The Truth will come out, it always does. It takes courage to speak truth to power when truth is out of power. Nobody has been more fiercely and courageously accurate about the corrupt and crime-infested Church than Ann Barnhardt. Nobody has been more fiercely and courageously accurate about the corrupt and crime-ridden State than Alex Jones. How amusing/sad it is to see so many of my fellow Americans so easily manipulated by scoundrels, rogues, and common thieves…to be turned away from truth and drawn to lies. It’s as if so many of us have been conditioned to reject and repel all messengers who lack the delivery of a socially acceptable Mr. Rogers…while being ruthlessly pile-driven by the Left. In fact, how many of us can’t even summon the courage to whimper in our own public square? We’re plenty brave enough to spout off online hiding behind pseudonym. A woman who passes herself off as a “journalist” for the Chester Chronicle writes a comment on the Catholic McCarrick scandal, “It has nothing to do with being Gay.” I was the only voice to call her out on it. Not a single pastor, priest, or rabbi uttered a peep. Read the article here.

The hour is getting late my friends. Silence and fear will not get us across the swamp. I was with my church brothers yesterday helping another member move. Frank asked what I’ve been up to in a way that provoked my answer, “God moves me to the heart of trouble.” We are hoping for two men in our church to lead Men’s Bible Study this Fall on the book “Fathered by God” in which there is a passage on finding the lost warrior in us. This is encouraging though I wonder if its in time for enough of us. Yesterday I had the pleasant surprise of tuning into Alex Jones and finding our Oath Keeper founder and President Stewart Rhodes being interviewed by Mike Adams on our Spartan Training Program. What I love about the Trump Crossing the Swamp Portrait is how the artist captured those of us who are in the boat with our President. We are everyday people who answer the call to trouble. Period. Washington Crossing the Delaware and Trump Crossing the Swamp have two very important points in common. These are only iconic, jubilant, and triumphant moments AFTER the victory. They are cold, dank, dangerous, and very lonely in the moment. What does that tell you…my friend? Pray, fast…and above all ACT. www.oathkeepers.org Please…if you are unable to join us, please donate. God Bless…

1 Response to The Sunday Morning Tune-up ~ Crossing the Swamp