The Sunday Morning Tune-up ~ Beyond Convictions 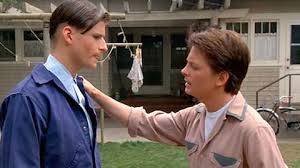 Up to the time of the Resurrection, the disciples saw only along the line of their old narrow Jewish prejudices. When they received the Holy Spirit from the risen Lord, the operation performed on the inside enabled them to see along the line of Christ’s revelation (see Luke24:31, 45)…The way a searchlight works is a very good illustration for prejudice. A searchlight illumines only so much and no more; but let daylight come, and you find a thousand and one things the searchlight did not reveal. ~ Oswald Chambers, Beyond Convictions

There were two things that struck me in the past week that convinced me we are on the brink of major sea change in our world. Ricky Gervais exposing the Hollywood and corporate elite for who they really are on camera at the Golden Globes for the entire world to see, and President Trump taking out the Iranian General and terror mastermind, Qasem Soleimani. Both events required strength and courage because both Gervais and President Trump took on the bully that has been running the show for the past forty years now. It inspired our Prayer & Fast Wednesday.

Our Wednesday Prayer & Fast focus today is the “Beyond Convictions” message in 2 Samuel 7:1—8:18 David’s defeat of the Philistines and the army of Hadadezer, and John 5:24-47…where does David’s strength come from? Good fast and prayer today for those who are able to join us…

My friends, we have been under a Theodin-like spell for the past forty years. It feels, as I said to more than one friend this week, as if we are witnessing the death of appeasement. Think about it. We just went from the old policy of delivering a pallet of 1.5 Billion dollars CASH to enable the #1 sponsor of terrorism to attack and kill us, to the new policy of killing their #1 for attacking and killing us! Even more fascinating is the negative reaction by many of our own countrymen…which really brought things into the light.

The stark contrast of how two different administrations dealt and deal with the bully made me realize that we have been emasculated top-down for years. When I was a kid, I learned to punch the bully in the nose to end the bullying…because I had to. Today we defer to an institutional protector, be it the school principal or a cry for more government legislation. And we blame…it’s the toxic masculinity that stems from the patriarchal disorder of our society. How tragically sweet is this irony? The Fall that began with Adam blaming Eve has come full circle to find Eve now blaming Adam for the woes of the world. What does this tell us?

It tells me that we have been given an amazing gift by our creator, whose angels in the whirlwinds direct this storm. It tells me that we’ve been living a very big lie for such an awfully long time now, most of us have forgotten what it must be like to live the truth…Fentanyl and suicide-free!

Imagine this…those who followed Jesus; those who talked, walked, and studied with Him…those who saw him work miracle upon miracle with their own eyes…They did not see beyond the searchlight beam until they themselves received the Holy Spirit.

Imagine a world that turns from blame and appeasement to individual accountability and responsibility for one another. To lift ourselves and each other up, instead of putting ourselves and each other down. To love and support, to encourage and nurture one another. To stand up for and defend those truths and principles that make us who we are…who He made us to be. And to lead by example. Imagine…now that the spell has been broken.

1 Response to The Sunday Morning Tune-up ~ Beyond Convictions