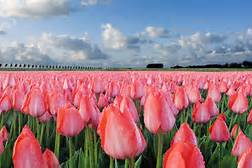 Waiting on the Wind

The Masses are a flower that receives its instructions on the wind. ~ CM October 18, 2013

Megyn Kelly had a fascinating interview with Alan Dershowitz on FOX last evening. I found it fascinating because I had assumed that one of America’s most famous card-carrying Liberals would have been a solid Move-on.org guy…and I was wrong! “Disdain” would be the most accurate way to describe his feelings about a group that has put out a petition demanding the arrest of the “Republicans who shut down the government” when there’s good reason to believe it was actually the “Night Stalker”, or the woman I like to refer to as the Darth Vader inside Obama’s head.

This helped me realize, on top of the latest Washington theatrics, that we are actually in a very dangerous era of Reverse McCarthyism. Most of us remember and look back on Senator McCarthy’s efforts to root out Communism in American Society back in the 50’s as a very dark and troubled time in America’s past. We are left with a negative and almost villain-like impression of the Senator who is now largely associated with terms like “witch-hunt” for his zeal in exposing “Un-American” activities.

In the 1930’s, six young children turned to a very healthy and normal young woman for help. She shot them all. During that same period a young toddler wandered too close to another perfectly normal and healthy young woman who was also in her early twenties. She grabbed the child by its ankles and slammed it against a brick wall as if she were beating a rug. They were both young German flowers who had been quite effectively pollinated by their Fuehrer! (From 60 Minutes)

The Political Pollinators of our day are attempting to force the notion that Ted Cruz is the Un-American, the Radical and the Extremist. Here’s the most radical quote I’ve been able to find from Ted Cruz which I found in his Filibuster speech: How long will it be until we see Democratic Senators who have the courage of James Hoffa to remain silent no longer and to speak out for the men and women of America who are losing their jobs, who are being forced into part-time work and are losing their health insurance? How long will it be before all 46 Republicans do more than give speeches against ObamaCare and actually stand and fight this fight, stop saying we can’t win it and actually stand up and start to win it?

I have watched good men and women in the local political arena distancing themselves from the Tea Party precisely because of this phenomenon…Flowers who become as the wind instructs! And I am not talking low-information voters here! How and when did it become “Radical” and “Extreme” in America to defend our Founding Principles and fight to protect our Constitution from those who pay it lip service and seek to undermine and undo it? With all of this talk of a Republican Divide, it is the Democrats who are in desperate need of an exorcism…before it’s too late!