How Do You Spell Man? 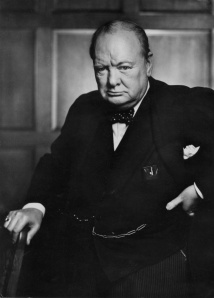 I love it when I am able to really let go with my writing. I just came from my 2nd “Trigger Point Dry Needle” acupuncture treatment to help my body heal some blockage issues that have affected my ability to walk. Besides being amazed by the things that can jam us and literally cripple us, it occurs to me that with so many things and on so many levels that there is a force of intelligence…an energy that wants to flow through us. And our health depends on it!

In the last Sunday Morning Tune-up, the flow brought us to the nature of cowardice and its devastating effect on our lives through its manifestation within the community of clergy in the American Church. So it is more than fitting for it to lead us to a discussion on the masculinity of man in the most virile and ideal sense today. And further, to conduct an examination of the present state of the American Man to determine the health of his masculinity relative to his international peers and his own 20th century counterpart. I think you can guess where this is going…

First, you should understand that I am the last person I would have ever imagined myself becoming the man I am today. That is because I spent a good deal of my early childhood being afraid. One of the best definitions I’ve ever heard of the parent’s role, and the father in particular, is to pass the torch of empowerment. It fits beautifully with Gibran’s metaphoric view of the parental bow giving flight to the arrow of childhood. This did not happen for me for reasons too complicated to pursue here. Suffice it to say…there was blockage of critical “life force” energy here that stifled my development and left me prone to the emotional torture of bullying. To this day, it breaks my heart to see someone go through it because I will never forget it.

The turning point for me, believe it or not, was a soccer coach in North Yarmouth Maine who somehow pushed a button in me that connected me to self-confidence, my power-source…my masculine energy! I was still years away from resolving issues to the point where I was able to fully own my M-A-N self, but I will be forever grateful to that wonderful man who helped me to see myself and begin to turn my life around.

Perhaps I was supposed to get here the hard way for one reason or another. Whatever the reason, I am certain there is a similar blockage impairing the overall masculine health of the American Man today. He may be able to run faster, hit harder and jump higher than his twentieth century counterpart…but these are superficial window treatments masking the engine room of his essence; that which makes him run faster, hit harder, jump higher… for the sake of something greater than himself. Today, he is barely a shadow of his former self. Yesterday’s man said what needed to be said, and did what needed to be done. Today’s man has to first parse his words for sayability before he puts his shoes on! But how did this happen, and why?

In terms of numbers, which of these three groups is the largest? Without question, it is the men. The vast, vast majority of men in this culture have been psychologically gelded. They are powerless and impotent, unable to assert themselves or initiate any sort of meaningful action.

Act, speak, defend, assert, lead…You know how there’s practically an epidemic of people who speak with a “wussified” inflection capping every sentence making everything they say sound like a question?

The real tragedy of what has happened to our masculinity is that this isn’t just some errant testosterone leak contained within a group of men. This is a blockage and imbalance that throws the entire society out of whack! In fact, I will ASSERT that 90% of the chaotic disorder engulfing our world today is a direct result of man’s chronic disorder, otherwise known as men refusing to be MEN! And, it will only get worse until WE get better!

The good news is this. Obama’s popularity as reflected in a recent Quinnipiac Poll and other indicators would suggest the Kool-Aid is wearing off. With the curtain of deception rapidly falling away, people are finally beginning to question the recipe of Progressivism altogether. When you think about it logically, the heart of Progressivism is Collectivism. In order for Collectivism to live, Individualism has to die…which it is obliged to do when there are no real MEN to fight it.

Joe Withrow puts it perfectly in The Individual is Rising,“The power elite are not content to go quietly into the night, to be filed away into the dustbin of history’s mistakes so seamlessly.

Victor Hugo once said “No army can withstand the strength of an idea whose time has come.”

Our time has come.”

One final thing I would leave you with. There is a nourishment we derive from our fathers that is every bit as essential to our complete development as Mother’s Milk! The break I suffered with my earthly father weakened my individual masculinity. In the very same way and for the very same reasons, the break WE suffer from our Heavenly Father has weakened us as a nation. When we finally summon the courage to look beyond our fears to those behind the curtain and conduct the full forensic investigation long overdue, it will ALL become crystal clear. Perhaps someday when we say “never again”, it will really mean never again.

Until then, spell after me!  😉